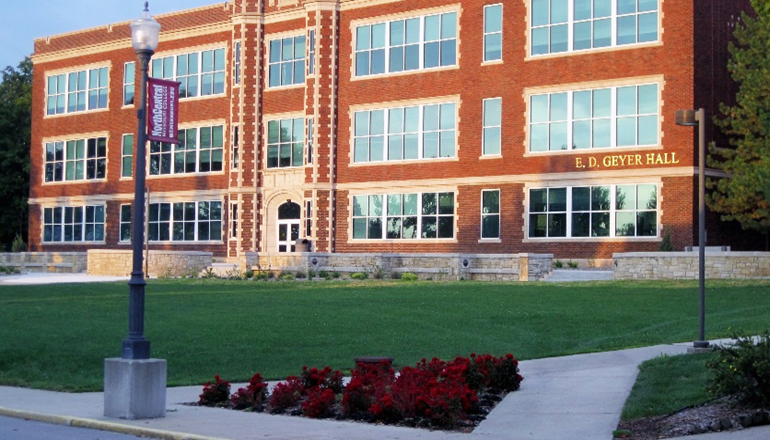 The North Central Missouri College Board of Trustees approved a couple of purchases Tuesday evening.

One was for eight HVAC units from Wyatt Heating and Cooling of Trenton for $45,000. The purchase will replace eight heating and air conditioning units: one each in Frey, Ritze, Building B, and the maintenance shed and two units each in Ellsworth and Selby halls that have provided 22 to 26 years of service. The purchase will be funded by the budgets from the Physical Plant as well as Ellsworth and Selby halls.

Wyatt Heating and Cooling submitted the lowest of three bids. The other bids were from Foster Refrigeration and Electric, Heating, and A/C as well as Botts and Tye Corporation, both of Chillicothe.

NCMC Chief Information Officer Jennifer Triplett reported CDW-G did not submit the lowest of four bids, but the vendor submitting the lowest bid, HPI, was previously unknown. A follow up revealed the company is a small reseller that entered the market in the last three or four years. She noted IT Services had a poor experience with a previously unknown vendor in 2019, and it recommended partnering with a large, reputable reseller that might be better equipped to navigate supply chain complexities.

The NCMC Board of Trustees approved various personnel matters, including the hiring of Keri Johnson of Bethany as a full-time Nursing and Health Sciences Administrative Specialist at $13.40 per hour. Deanna Scroggie of Parnell was employed as an adjunct instructor for nursing courses beginning this summer.

Vice President for Student Affairs Doctor Kristen Alley said packets were sent to graduates regarding their graduation. Some were returned, but most graduates received them. Two TikTok videos from graduates were shown to the board showing how they commemorated the event.

Alley reported 87 students withdrew due to COVID-19. More than 97 students are receiving CARES Act funding, and more funding is available.

President Doctor Lenny Klaver reported the first part of the CARES Act funding was from Higher Education Emergency Relief Fund distributions. More students are eligible for the funding than it was originally thought would qualify.

Klaver said the college should have “special pride” in faculty and students in regards to the COVID-19 situation. He said there is a lot unknown with the pandemic.

NCMC reopened with a back to work option May 11th. The college plans to start the Fall semester with all employees back on campus August 13th with precautions.

Klaver reported enrollment for the Fall semester is down by almost 15% (14.8%) compared to this time a year ago. Thirty-six individuals are signed up for Orientation, Advising, and Registration this week, which will cut the percentage to eight percent down.

Klaver noted an additional withhold is expected around June 1st from the governor’s budget, which will involve NCMC. Klaver does not know how much it will be.

Vice President for Academic Affairs Doctor Tristan Londre called a soft launch of online learning platform Brightspace “a success.” He noted final exams for intersession will be next week.

The board entered into an executive session for discussion of employees, legal action, and real estate.