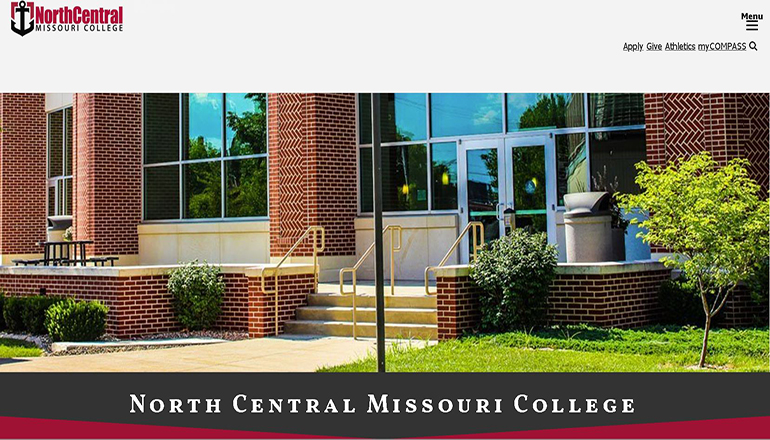 North Central Missouri College’s spring enrollment is up compared to last year at this time. President Doctor Lenny Klaver told the NCMC Board of Trustees on January 24th that, at the start of the third week, the overall enrollment was up by 20% in headcount and 16% in credit hours. Excluding dual credit, headcount was up by 10%, and credit hours were up by 6%.

Klaver said the big increase is partly because dual credit enrollment numbers were in earlier than usual. However, he thinks the college can stay optimistic with about a 10% increase. Official numbers for the census will be released on February 6th.

Klaver reported applications for next fall are also up about 80 when compared to this time a year ago.

He said that at the spring convocation, he talked about intentional excellence. He asked why NCMC’s numbers are up when other colleges’ numbers are down. He thinks it is because of NCMC’s commitment to excellence.

Klaver reported Shared Governance is creating a climate survey to be released in late February or early March. The group is working on the survey now to make sure it is well-balanced. He mentioned classified staff has requested a change in the way vacation days are earned. The change would involve one day added each year as an incentive. The matter is to be brought to the cabinet before it is officially brought to the trustees next month.

There is a Nursing Program Incentive Grant opportunity due February 1st that was passed on to NCMC’s nursing program directors. Klaver signed off on a request, which involved a clinical relationship to have more seats in the program in Savannah.

During a capitol visit on January 23rd, Klaver attended the House Subcommittee on Education opening hearing, and he testified on budget priorities with others. He also met with state representatives and stopped at state senators’ offices to set appointments for next week’s MCCA meeting.

The Association of Community College Trustees National Legislative Summit will be from February 6th through 9th. Klaver said the summit will allow him to get more information on higher education at the federal level. Rural Community College Alliance Day will be February 8th, and he noted several key federal agencies have been invited to participate in round table discussions.

Vice President of Academic Affairs Doctor Tristan Londre reported the spring semester started off well and fast, including at the new Savannah Campus. He noted spring enrollment there is more than NCMC ever had at the North Belt Center. The college is working on furniture orders for Phase 2 of construction.

Londre reported NCMC is moving forward with hiring for English and Biology, and the college has two to three more positions it hopes to move through soon. The college hopes to hear back on a couple of federal grants first.

Londre projects that record attendance of 160 students will be on campus for Health Science Day on February 3rd. NCMC also hopes to hold a second event in Savannah in November to show off the new campus.

Vice President of Student Affairs Doctor Kristen Alley agreed there had been a lot of excitement regarding the Savannah Campus in Savannah, Saint Joseph, and that area.

Chief Information Officer Jennifer Triplett gave an update on Informational Technology Services happenings in the past month. IT Services worked with CDWG and SVT in December to advance the remodel of the in-scope classrooms. Four classrooms in Geyer Hall and two classrooms in Cross Hall were completed. Faculty training sessions were held as part of the spring in service. Three remaining classrooms are to be completed in February and March.

Triplett reported progress was made with Savannah’s telephone system implementation in December, and the new phone system is live. Phase 1 classroom technology implementations were also completed, and IT Services held a faculty training session before the start of the spring term.

The Foundation Scholarship application is due March 31st. The Foundation plans to award more than $250,000 during the 2023-2024 academic year.

The Pirates Ball is scheduled for March 25th.

Gott said Head Start was concerned about the Harrison and Mercer County home visitor moving to a four-day week due to the miles she drives.

She noted the feedback was positive from staff. Head Start has not received any negative feedback from parents. Head Start plans to have focus groups with parents and families to collect more data.

Plans continue for an Early Head Start Center base opening in Unionville and Chillicothe centers in August. Gott reported the next steps would be advertising for staff, purchasing equipment, writing policies and procedures, and getting buildings approved by licensing, the fire marshal, and health and sanitation. Head Start’s goal is to add eight infant/toddler slots in each location. She noted it is two and a half times more cost per child for infants/toddlers than prekindergarten. That means Head Start could potentially cut 35 to 40 prekindergarten slots for the 16 Early Head Start slots planning to be added.

Gott reported Green Hills Head Start has been scheduled for the fiscal year 2023 class video pilot review. Head Start has until March 4th to record and upload videos of eight of its classrooms. Fiscal year 2023 class scores obtained during the pilot will not be used for the Designated Renewal System determinations. However, Gott said the scores will be used to help the Office of Head Start to understand the current experiences of children in classrooms as a quality improvement opportunity and to offer training and technical assistance supports that build on existing program efforts to enhance professional developmental and teacher-child interactions. The OHS will provide a review report at the end of the pilot that will include class scores.

Residence Life Director Donnie Hillerman, Residence Life Coordinators Salem Croy, and Demetrius Houston, and resident assistants gave a housing report. The RAs discussed what they are involved with and what activities are available for residents. They also talked about things that can be learned by being at NCMC.

Hillerman said he is excited about the future student center and what it will bring to NCMC.

The North Central Missouri College Board of Trustees approved purchases for the Savannah Campus on January 24th.

One purchase was equipment for the science lab for $42,560.97 directly from the regional original equipment manufacturer representative Carroll Seating. Institutional and capital campaign funds will be used to buy the equipment. The equipment includes an under-counter glassware washer, a purifier clean bench, and a fume hood with a built-in blower. It is the same equipment used at the Barton Farm Campus of Trenton, and the new facility was designed with the equipment and specifications.

Another purchase for the Savannah Campus was the SimCapture Enterprise system from Laerdal and the system’s installation through a five-year contract. The full five-year cost is $181,266.29, with $105,701.57 due in the first year and four subsequent annual payments of $18,891.18. Laerdal is the sole source vendor for the system, which will provide access to connected Laerdal simulators within the Savannah Campus nursing lab. It will also allow students to submit simulation data remotely and for instructors to access it remotely. Vice President of Academic Affairs Doctor Tristan Londre reported this system will be an upgrade from what the Main Campus in Trenton has.

The board approved paying Assessment Technologies Institute for testing and accreditation supplies for NCMC nursing programs at a total cost of $131,175. Londre noted that was about the same cost as last year. The total includes $33,787.50 for the Trenton Practical Nursing Program, $28,487.50 for the Trenton Associate Degree in Nursing Program, $17,225 for the Online ADN Program, $19,875 for the Maryville PN Program, $21,200 for the Maryville ADN Program, and $10,600 for the Bethany PN Program. The nursing division has used ATI and the services provided to NCMC’s students for more than 10 years. The money will come from budgeted funds allotted to the nursing programs for testing supplies and accreditation needs.

The board approved Informational Technology Services request to renew Crowdstrike cybersecurity software and services, which will provide antivirus protection and monitoring of computing devices on NCMC domains. The renewal cost for the next year of protection will be more than $44,900 ($44,943.84), and it will be under Sourcewell consortium pricing. The IT Services Operating Budget is the funding source. Chief Information Officer Jennifer Triplett noted NCMC’s cybersecurity insurance provider now requires endpoint detection and response services to qualify for insurability. The Crowdstrike renewal directly meets the insurance requirement. There are seven total controls NCMC has to the meet to qualify for insurability, and IT Services is working through the other six.

Approval was given to entering into a contract with KPM CPAs to complete the audit report for the Northeast Workforce Development Board for the year ending June 30th, 2022. A letter of intent issued by the company indicates the cost will be between $15,000 and $25,000. Stevens reported KPM was the only firm willing to take on the task and was able to meet the March 31st, 2023 deadline as requested. KPM is the audit firm contracted by NCMC, and Stevens believes it will be beneficial when merging the Northeast and Northwest Workforce Development Board regions. He said the audits were the biggest hurdle and were holding up the merger.

The trustees approved employments. They included Seth Duvall of Saint Joseph as a site technical support engineer for the Savannah Campus with a start date of January 5th. Robert Brunker of Saint Joseph was hired as an adjunct instructor for Anatomy courses at Savannah for this spring. Cheyenne Bannan of Breckenridge was hired as a part-time clinical adjunct instructor at the current clinical rate.

For Green Hills Head Start, Abigail Brixey was employed as a full-time cook at Brookfield A with a start date of January 4th.

Approval was given to a revised Head Start Sick Leave Policy. The policy says that sick leave will be given when an employee is truly incapacitated for work. If an employee is absent four days per month for two consecutive months without a physician’s statement, formal disciplinary action will be taken.

The board entered into an executive session for discussion of employees, legal action, and real estate.