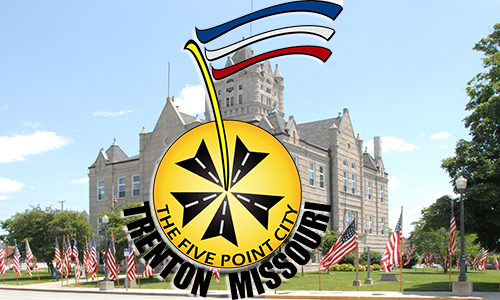 Efforts are underway to organize a public – private partnership to guide marketing and economic development efforts for Trenton, Grundy County, and the surrounding areas.

The group is to be called the North Central Missouri Development Alliance.

Ralph Boots of Trenton would become its executive director. Boots has been the full-time economic and community development director for Trenton nearly eight years.

He’s expected to transition to the new position by the first of May which is when the fiscal year begins for the city of Trenton.

During a special meeting last evening of the Trenton City Council, Boots reported articles of incorporation and bylaws are being reviewed by an attorney for submission soon to the state of Missouri. He added the alliance also plans to seek non-profit status as a 501 C-6 organization.

Members of the board so far include Doctor Lenny Klaver, Rick Hull, Dan Wiebers, Scott Wilson, Gary Jordan, Phil Hoffman, and Phillip Ray. The city of Trenton is expected to provide a representative. Boots said there would be room for a couple more.

Three of the alliance board members – Phil Hoffman, Scott Wilson, and Phillip Ray — discussed their vision and reasons they joined the new organization.

Following the announcement by ConAgra one year ago that it planned to phase out operations in Trenton sometime in 2018, a company called Ady Advantage was hired to focus on local and regional economic development.

It provided a detailed report including a “to do” list which centers around three goals:

The alliance board, consisting of nine to 11 stakeholders, will begin working through the plan with intentions to implement the recommendations suggested.

Boots said the first year costs for the alliance to function are expected to range from $120,000 to $140,000. Of that total, $40,000 has been budgeted by the Grundy County Commission, another $40,0000 has been committed by the Trenton City Council. The balance comes from stakeholders.

Boots explained the shared approached is because economic development is not just a city responsibility, but one that could be shouldered by several entities.

During a discussion at the special council meeting, members voted six to one to keep budgets the same as previously recommended by a finance committee. This includes the economic development allocations amounting to 20 thousand by the city and $20,000 TMU. Brad Chumbley voted no. Mayor Pro Tem Allan Quilty presided in the absence last night of Mayor Nick McHargue.

Regarding the city of Trenton commitment, the $20,000 is a reduction from the $76, 800 dollars a year spent on the directors’ salary and other economic development matters. In effect, this frees up some $55,000 for other city purposes and/or reserves.

It was noted Trenton has funded economic development efforts during the past 21 years.