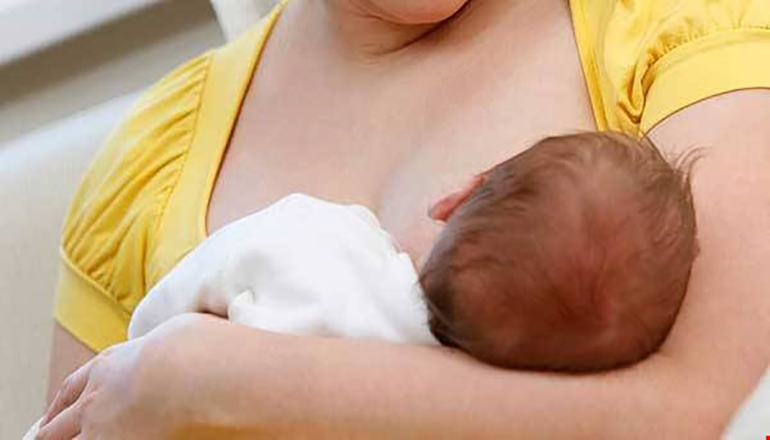 Her breast milk had declined significantly since she had gone back to work. “I was depressed, angry, frustrated,” she said. “I felt like I was not a good enough mother because I wasn’t able to supply Arlo with breast milk.”

Before going back to teaching, Adamski had negotiated a teaching schedule with her supervisor to ensure she had the right amount of time to express milk during the day. But right before the school year began, administrators changed her schedule abruptly and told her that they weren’t “legally obligated” to give her that time.

It set her up for failure, she said, because if mothers don’t express milk every few hours as their babies eat, their milk supplies decline quickly.

While federal law requires employers to provide reasonable break times and a place for nursing mothers to express their breast milk for one year after the child’s birth, teachers are exempt. It’s up to individual states to provide that protection for their teachers, and until this year, Missouri hadn’t.

That changed in May when lawmakers approved legislation ensuring public-school teachers, employees, and students have a clean, private space and enough breaks to pump milk for their babies.

Gov. Mike Parson signed the bill, which includes several other provisions, last month. It goes into effect on Aug. 28, and school districts will have until July 1, 2022, to implement the necessary changes.

“I’m happy that women aren’t going to have to go through this mental struggle of, ‘Am I enough?’ just because they decide they want to teach and be a mother,” Adamski said.

Adamski considered herself somewhat lucky because she had a small private space to pump milk. But in Missouri, teachers are often forced to use unsanitary public bathrooms, crowded storage closets, and germ-infested nurse’s offices — which are not acceptable accommodations under the federal Fair Labor Standards Act.

The new law will help retain teaching mothers, said Shelly Parks, a teacher at Francis Howell North High School who testified in support of the bill in the spring.

Almost 80 percent of Missouri’s teachers are women. Yet, only 48 percent of those teachers remained in the classroom five years after their first year of teaching, which coincides with childbearing years, Parks said.

“We can’t ask teachers to come into classrooms and care for other people’s children, and not simultaneously care for their own,” said Parks, who was the Missouri Teacher of the Year in 2019.

Rep. Paula Brown, D-Hazelwood, and Sen. Doug Beck, D-St. Louis County met with Parks and another teacher a couple of years ago to hear about the hardships they were facing as teaching mothers.

Beck’s own daughter is a teacher, and he said he remembered hearing how she had to pump milk in her car with her first child.

“It really didn’t hit home until I sat down with Shelly Parks,” Beck said.

Mothers need a space with a lock on the door, a chair, an electrical outlet, a sink to clean supplies, and a refrigerator where milk can stay fresh.

“These are not luxuries,” she said, “they’re necessities.”

After meeting with Parks, the two legislators filed companion bills but didn’t get any traction the first year. However, this year, the measure gained bipartisan support in the committee hearings.

Beck was able to add his Senate bill as an amendment to an omnibus House bill for vulnerable persons in the final week of the legislative session.

The thought of teachers having to express milk for their babies in “gross” school bathrooms is horrifying, Rep. Brown said. But possibly worse is the fact that teachers were made to endure physical pain when they’d become engorged because they couldn’t get the time to express their milk.

“Once we filed the bill, Sen. Beck and I both heard from multiple teachers in multiple districts to say, ‘It’s the timing,’ so we really wanted to focus on that,” Brown said.

The new law requires the Department of Elementary and Secondary Education to develop a model policy by January 1 relating to accommodations for breastfeeding. And public school districts must adopt a policy by July 1.

A DESE spokeswoman said that the department is currently developing the plans and will be ready to share them when the law is implemented on Aug. 28.

Now more than ever, Beck said the state needs to make a strong effort to retain their teachers.

“A majority of our teachers are women, and this is one of the decisions they have to make, whether to come back to teaching or not,” Beck said. “This may help them do that. Family leave would be the best way to go about it. But we’re not there as a state yet.”