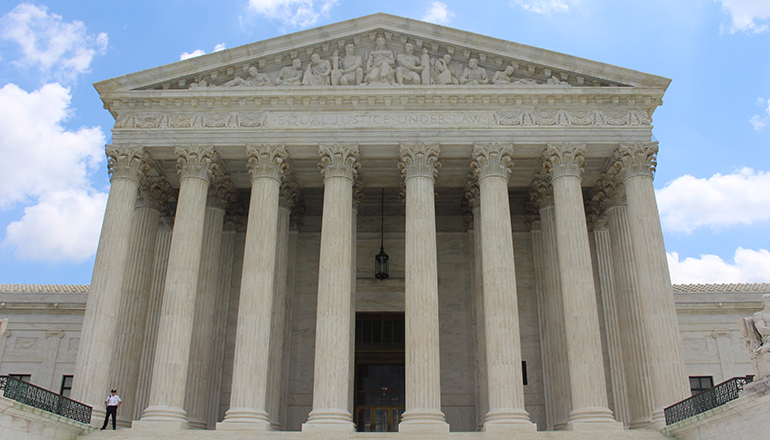 A bill introduced in the U.S. House of Representatives would place limits on Supreme Court justices in the wake of several of the court’s decisions.

The Supreme Court Tenure Establishment and Retirement Modernization or TERM Act would subject justices to 18-year term limits, after which they would be retired.

The bill comes at a time when confidence in the Supreme Court fell to 25% in June, according to a Gallup poll. This is down from 36% at the same time in 2021.

Georgia U.S. Rep. Hank Johnson – D-Lithonia – introduced the bill and said he feels this could keep the court relevant with the American state of mind.
“Our Supreme Court is not accountable to the people in its present configuration,” said Johnson. “And so, therefore, term limits will help to infuse modern thinking and keep the United States Supreme Court a modern branch of our democracy.”

Should Congress approve the bill, five of the current justices would be retired from the court in the next six years. Associate Justice Clarence Thomas would automatically be retired since he’s been on the court for 31 years.

Another element of the bill calls for the most recently retired justice to temporarily serve on the court, should there be less than nine justices.

This is not the first time Johnson has introduced a bill to change the court’s layout. In 2021, Johnson introduced the Judiciary Act of 2021, which would have expanded the Supreme Court from nine justices to 13.

Currently, the bill is being referred to a House subcommittee. Johnson said he feels even if this bill were to pass, there is an additional challenge in keeping the court up to date – lifetime tenure.  “We still get into this issue of lifetime tenure of justices who become stale in their thinking,” said Johnson, “and more, and more unaccountable to the public, the older that they get.”

Johnson said he feels if these bills pass, they will not only diversify the Supreme Court’s thinking but its physical look too. Part of the hope behind the Judiciary Act of 2021 was to make the court more representative of the country by adding new justices of varying sex, age, ethnicity, and legal background.

Currently, said he feels there are too many justices who got their starts in “silk-stocking” law firms.

(Photo by Claire Anderson on Unsplash)