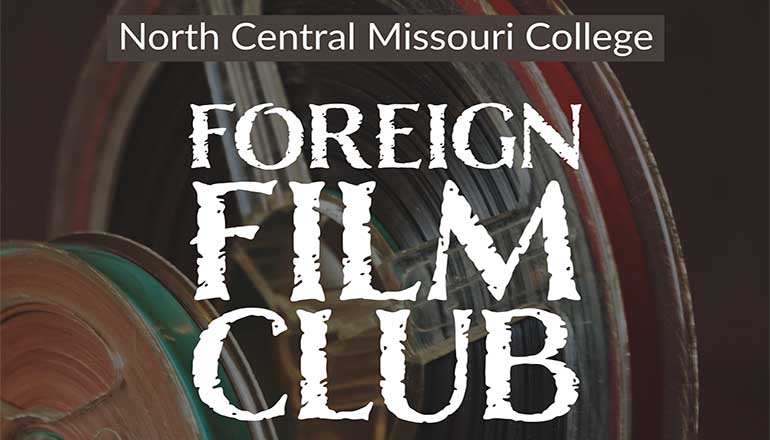 North Central Missouri College’s Foreign Film Club with launch the spring semester with on Thursday, February 27 beginning at 6:30 p.m. in Cross Hall 208 on the NCMC campus with the movie Purple Noon. The Foreign Film Club is open to the public.

Remade into the highly successful 1999 film The Talented Mr. Ripley, this film features a star-making performance by Alain Delone as a charismatic underachiever who forces himself into the life of a wealthy playboy, pushing himself to extremes to hold on to his newfound slice of luxury.

Spring 2020 the Foreign Film Club theme will be original films that inspired Hollywood remakes. “The cinematic world has been bombarded with remakes; be it action movies or comedies, it seems Hollywood is eager to invest in movies with an already established audience,” said Eric Christopherson, Foreign Film Club Advisor. “While some remakes have been praised by both critics and audiences, plenty of others have failed to translate, whether the source material doesn’t work for American audiences, or cultural issues failed to engage. Join us this semester as we highlight three films whose remakes did succeed, in some cases without the audience even knowing they were watching a remake.”