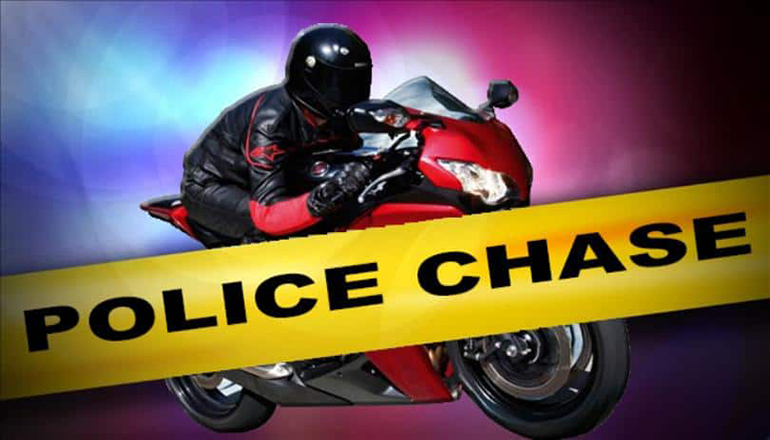 An investigation into a motorcycle allegedly fleeing from law enforcement in Caldwell and Livingston County has led to two arrests.

Livingston County Sheriff Steve Cox reports the motorcycle driver and owner was identified as 35-year-old Shaun Allen Mindham of Blue Springs. Mindham had an outstanding arrest warrant from Johnson County on felony possession of a controlled substance, felony resisting arrest—creating a substantial risk of injury or death, and driving while suspended or revoked—first offense. Bond on those charges was set at $2,000 cash only, with conditions of obeying all laws and no driving unless properly licensed and insured.

K-9 Zaki alerted to the odor of a drug or drugs around the motorcycle, and officers seized an estimated 12 grams of alleged methamphetamine and three grams of black tar heroin. Mindham has since been charged in Livingston County with two felony counts of possession of a controlled substance. Bond on those charges was set at $10,000 cash only, with conditions of no contact with Jennifer Jett, a drug patch, and supervision services.

The motorcycle passenger was identified as 32-year-old Jennifer Joy Jett of Belton. Cox says she was arrested on a warrant or warrants from Jackson County for alleged failure to appear in court on a felony drug violation and possession of drug paraphernalia. Online court information indicates she was charged in Jackson County case with felony possession of a controlled substance, with a bond of 25 hundred dollars cash on a warrant on failure to appear.

A Highway Patrol trooper attempted to stop a motorcycle with two occupants on Highway 36 that was traveling at speeds of at least 130 miles per hour in a 65 zone. He says the Patrol terminated its attempt to stop the vehicle, and the motorcycle operator must have pulled off on to a gravel road or roads and stayed off of Highway 36 for a while.

Livingston County Chief Deputy Michael Claypole saw a motorcycle matching the description traveling east on U. S. 36 near LIV 419 and allegedly going 84 miles per hour in a 65 zone with two occupants. The driver appeared to want to flee from the deputy, and Claypole said he saw the motorcycle driver cut between two semi-tractor trailers, causing one of the semi drivers to brake hard and take evasive action. Cox notes other semis yielded to law enforcement, which caused the motorcycle to yield and stop.

Investigation revealed the suspects were traveling to Marceline.