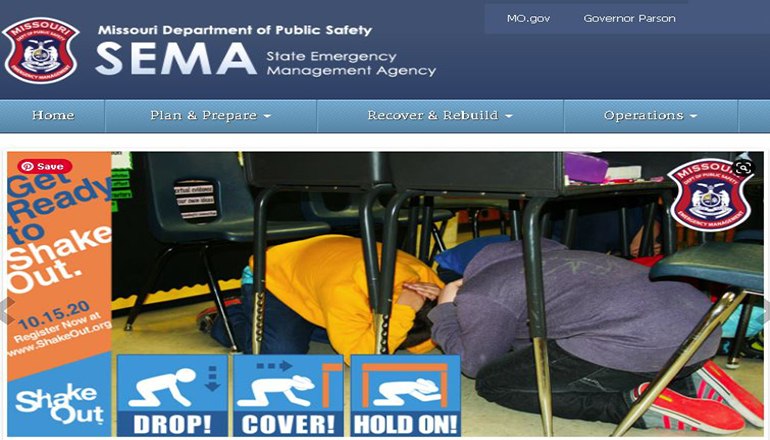 The State Emergency Management Agency announced more than $9 million in grant funding has been approved to build tornado safe rooms in six Missouri school districts. The federal grants for school districts in Dunklin, Henry, Ozark, Shannon, Texas, and Wright counties will pay for 90 percent of the cost of the safe rooms, which are designed to shelter a total of more than 4,500 students, staff, and area residents during severe storms.

“Our children are our most precious resource, and we must work to help ensure their safety against every type of risk, including severe weather while they’re in school,” Governor Mike Parson said. “Missourians know all too well the destruction tornadoes can bring to schools and communities. I applaud our districts for being proactive and taking advantage of these grants to improve facilities and expand educational opportunities.”

According to the approved safe room plans:

The competitive, federal Pre-Disaster Mitigation grants were accepted by the school districts last week and require a local contribution of 10 percent of the cost of the safe rooms. The FEMA grant program provides 75 percent funding for approved safe room projects, which rises to 90 percent for communities meeting small size and low-income level requirements.

Currently, Missouri has 223 completed safe rooms across the state, 190 of which are in schools, utilizing FEMA hazard mitigation grant funds. In all, the completed projects and those being designed and constructed in the state would be capable of protecting more than 232,000 Missourians.

The purpose of hazard mitigation is to reduce or eliminate long-term risk from threats to people and property.

“The Pre-Disaster Mitigation Grants are a competitive national program,” State Emergency Management Agency Acting Director Jim Remillard said. “It is impressive for these eight projects, including six tornado safe rooms to receive FEMA approval and funding of more than $9.6 million. We’re proud to work with the local grant recipients and our federal partners to help protect children and all Missourians.”