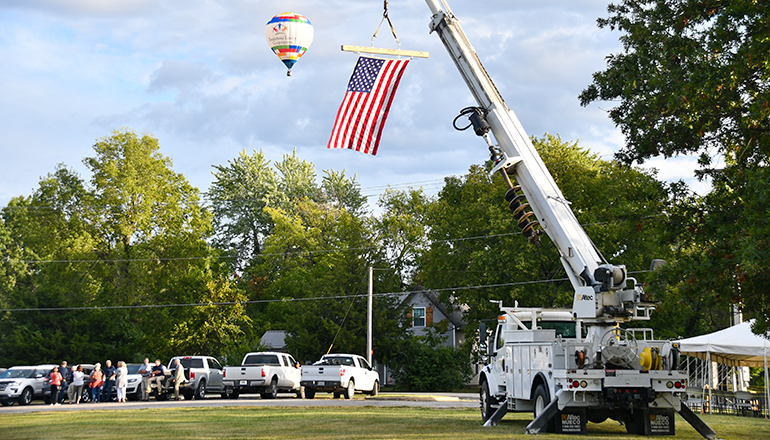 Over 400 Farmers’ Electric Cooperative Members attended the Cooperative’s 83rd Annual Meeting in Chillicothe this week. Due to concerns surrounding the COVID-19 pandemic, the event was held using a “drive-in” style format.

Toni Cox of Jamesport, Warren Hoyt of Dawn, and Glen Waters of Norborne were all elected to serve three-year terms on the seven-person board of directors.

The four items listed in the September edition of the Rural Missouri magazine were all approved by the Membership.

In 2020, the board of directors retired capital credits for the 29th year in a row.

All registered Members received a $15 electric bill credit along with a goodie bucket. Forty $25 bill credits, ten $50 bill credits, and the Grand Prize of a $500 bill credit were given away the next day on Facebook LIVE, and winners were notified.

Farmers’ Electric Cooperative would like to thank the Membership for their participation in this year’s 83rd Annual Meeting.