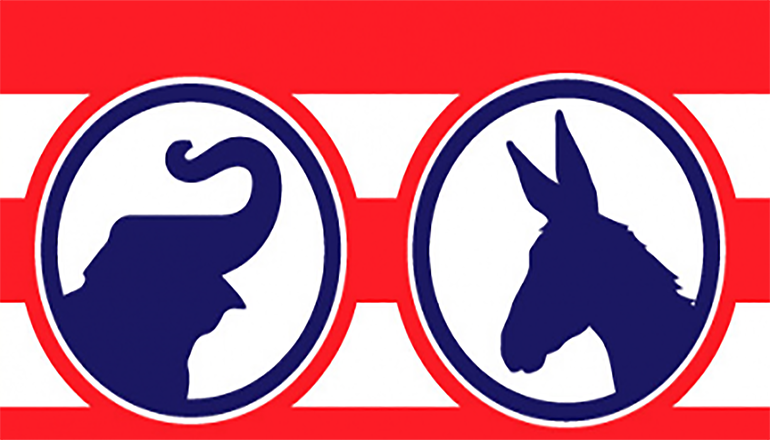 (Missouri Independent) – Republicans have had super-majorities in both chambers of the Missouri legislature for the past decade. And every election cycle, Democrats vow to begin crawling out of the legislative wilderness.

This year is no different. But a new legislative map — drawn by a bipartisan redistricting commission — has created more potentially competitive districts, giving Democrats renewed hope that they can finally begin to turn the tide.

Republicans, who have been particularly skilled at winning tough legislative races in Missouri over the last generation, are also optimistic that they can navigate the new map and maintain — or even expand — their huge majorities.

Fundraising is one area Democratic candidates are excited about, with the party’s candidates largely pulling in more cash than their GOP rivals. But the state Republican Party apparatus is more than making up the difference.

And while Democrats are hopeful, they face increasingly tough electoral headwinds, with the national party’s woes heading into the midterms compounded by Missouri’s continued drift toward Republicans over the last two decades.

With all that in mind, here are 12 of the most hotly contested legislative races heading into the Nov. 8 election.

This St. Louis County seat was won by Democratic Sen. Jill Schupp by 24 percentage points in 2018.

But Schupp is barred from running again because of term limits, and the newly drawn seat is more favorable to the GOP.

Republicans recruited Dr. George Hruza of Des Peres to carry the party’s banner into the only Senate race considered competitive this year. So far, he’s donated more than $900,000 to his own campaign. And as of last week, his campaign had dropped $525,000 on radio and television ads.

St. Louis Democrat Tracy McCreery, a four-term state representative, has thus far led in all the public polling and enters the campaign’s homestretch with $350,000 cash on hand in her campaign and another $329,000 in a political action committee supporting her.

In the district just north of Kansas City in Platte County where 52% of voters supported Joe Biden in 2020, Republican Tom Hutsler is facing off against Democrat Jamie Johnson.

Democratic Rep. Ashley Aune captured this previously GOP-held seat in the Kansas City northland in 2020 by a little over 1,500 votes.

Now Aune, who owns a marketing agency in Kansas City, is hoping to hold onto the seat in a rematch with her Republican opponent, Eric Holmes, an army veteran from Kansas City.

Aune enjoys a cash advantage over Holmes, reporting $73,000 on hand heading into October compared to $42,000 for the Republican.

Democrat Mark Ellebracht has represented a version of this Clay County-based district for six years, with his margin of victory growing in each subsequent election.

But the redrawn district poses a threat to the Democratic incumbent, as evidenced by the fact that Ellebrecht and his GOP opponent — Republican Bill Allen — received nearly identical vote totals during the August primary where they were both running unopposed.

Ellebrecht, an attorney from Liberty, enjoys a massive fundraising advantage, with $58,000 cash on hand heading into October compared to only $33 for Allen, a Navy veteran from Kansas City.

But Rowland gave up his seat this year after he was elected mayor of Independence, giving the GOP a potential pick up in Jackson County.

Republican Rep. Rick Roeber barely won this seat in 2020 after his adult children accused him of physically and sexually abusing them when they were young. And just a few months into Roeber’s first term, the Missouri House voted unanimously to expel him from office because of the abuse allegations.

Now, Republicans are hoping to hold onto the Jackson County-based district that includes Lee’s Summit.

But Basye can’t run again because of term limits. And the redrawn district pulled in a swath of west Columbia that made the seat much more competitive and a potential pick up for Democrats.

Republican state Rep. David Gregory, who ran unopposed in 2016 and cruised to easy re-election victories in 2018 and 2020 in this St. Louis County district, gave up the seat to run for state auditor.

Running to replace him in a district that supported Joe Biden in 2020 is Republican Brad Christ and Democrat Leslie Derrington, both of St. Louis.

Democrat Deb Lavender of St. Louis is hoping to reclaim a seat in the Missouri House that she gave up to run for the state Senate two years ago, facing off with Republican Ryan Higgins of Valley Park.

The incumbent, Democratic Rep. Trish Gunby of Ballwin, gave up the seat to run for Congress. She won the seat in a special election in 2019 then squeaked out a win in 2020 by 400 votes.

Lavender has a commanding lead in campaign fundraising, reporting $120,000 cash on hand heading into October compared to $24,000 for Higgins.

In another rematch from 2020, Republican Rep. Adam Schwadron is once again facing off with Democrat Cindy Berne to represent the St. Charles County district.

Schwadron, a business owner from St. Charles, won the seat two years ago by only 600 votes. He reported $26,000 cash on hand in his October report.

Berne, a horticulturist from St. Charles, reported $53,000 cash on hand.

The Republican incumbent, Curtis Trent, gave up the Springfield-based seat to run for state Senate.

Business owner Melanie Stinnett is hoping to hold onto the seat for Republicans. She reported $68,000 cash on hand for the campaign’s homestretch.

Non-profit CEO and Missouri State University professor Amy Blansit is the Democratic nominee. She has $21,000 cash on hand.

Democratic Rep. Betsy Fogle knocked off an incumbent Republican in 2020 by just 76 votes.

This year, Fogle is hoping to hang on to the Springfield-based district, reporting $122,733 cash on hand. Republicans nominated A.J.Exner, who works for a genetic testing company. He reported $19,623 cash on hand heading into October.