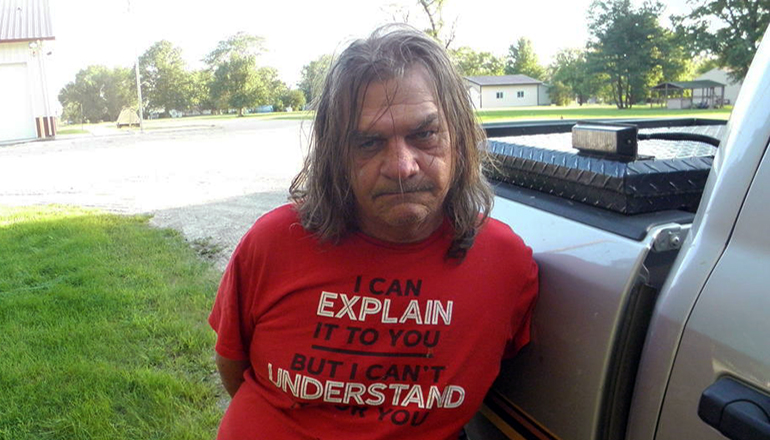 Livingston County Sheriff Steve Cox reports the arrest of a Mooresville man after a deputy responded to a report of a man trespassing and refusing to leave a location in the 500 block of Second Street in Wheeling Tuesday evening.

The deputy arrested 57-year-old Randy Wayne Adair on alleged trespassing, assault on a law enforcement officer, and resisting arrest. Adair was transferred to and incarcerated at the Daviess DeKalb County Regional Jail pending the filing of formal charges.

The victim reported a man had been drinking and was sleeping on the victim’s couch, but the man refused to leave multiple times when asked. A deputy reportedly tried to wake the subject, identified as Adair, and explain he was trespassing if he did not leave, but the man allegedly refused to leave. Adair purportedly admitted it was not his apartment, he was trespassing, and he was not going to leave.

Adair was angry with the deputy, began cursing, made a direct insult to the deputy, and lunged at the deputy attempting to strike him. The deputy then placed the man on the floor and attempted to handcuff him while the suspect tried to pull away and resisted. Adair allegedly refused to get up, walk, or do anything compliant after being handcuffed.

Adair was seen by emergency medical services but reportedly refused treatment before being placed into the patrol vehicle while resisting direction again. Adair was examined and cleared for confinement at the hospital where he continued to curse, yell, not comply with requests, and resisted the deputy.