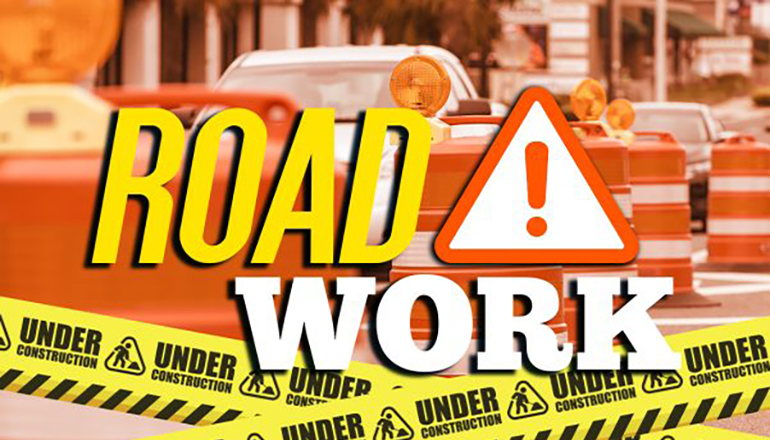 All road closures and planned roadwork may be viewed on the Traveler Information Map.

Inclement weather may cause schedule changes in some of the planned work. There may also be moving operations throughout the region, in addition to the work mentioned below.

U.S. Route 59 – CLOSED for a bridge rehabilitation project over Interstate 29 at Exit 65 through late May. Access at the interchange will be restricted.

U.S. Route 36 – Bridge rehabilitation project over the Missouri River through November. One lane is closed in each direction with a 12-foot width restriction. (Contractor: Comanche Construction, Inc.)

U.S. Route 36 – Resurfacing project westbound only from east of Route AC to the east of Taylor Road (DeKalb County) through mid-July. Some closure may remain in place around the clock. (Contractor: Magruder Paving, LLC)

I-29 – Bridge maintenance southbound under the Pickett Street Bridge, March 29

U.S. Route 36 – Resurfacing project eastbound only from the DeKalb County line to Hamilton through mid-June. Some lane closures may remain in place around the clock. (Contractor: Magruder Paving, LLC)

Route Z – CLOSED until further notice from Route C to County Road 217 due to damage caused by a roadway slide and ongoing geological studies. Contractor bids for a repair project were submitted as part of MoDOT’s March 2022 construction project letting and a contract could be awarded at the April 6 meeting of the Missouri Highway & Transportation Commission.

Route Y – Pavement repair from Route 116 to Route NN, March 28 – April 1. The road will be narrowed to one lane with a 10-foot width restriction, 7 a.m. to 3 p.m., daily. There will be flaggers in place to guide motorists through the work zone.

U.S. Route 36 – Resurfacing project westbound only from east of Taylor Road to the east of Route AC (Buchanan County) through mid-July. Some closure may remain in place around the clock. (Contractor: Magruder Paving, LLC)

U.S. Route 65 – Utility work from Route O to NE 100 Street, March 28 – April 30. The road will be narrowed to one lane with flaggers directing motorists through the workzone.

I-35 – Bridge rehabilitation project at the Pole Cat Creek Bridge at mile marker 90, south of Bethany, through October. A 12-foot width restriction is in place. (Contractor: Widel, Inc.)

I-29 – Bridge maintenance northbound at the Kimsey Creek Bridge near mile marker 78, south of Mound City, through April. A 16-foot width restriction is in place. (Contractor: Omega Coatings and Construction)

U.S. Route 59 – CLOSED under I-29 for a bridge deck replacement project through August. Access at the I-29/U.S. Route 59 interchange at Exit 92 near Craig will be impacted.

I-29 – RAMP CLOSED for a bridge deck replacement project from westbound U.S. Route 59 to northbound I-29 through mid-April.

Route B – Bridge maintenance over Parsons Creek, March 28 – April 1.  The bridge will be narrowed to one lane around-the-clock.

U.S. Route 136 – CLOSED at the Mozingo Creek Bridge, east of Maryville, through May 1. A signed detour is in place directing motorists over Routes F, N, M, and J. (Contractor: Phillips Hardy, Inc.)