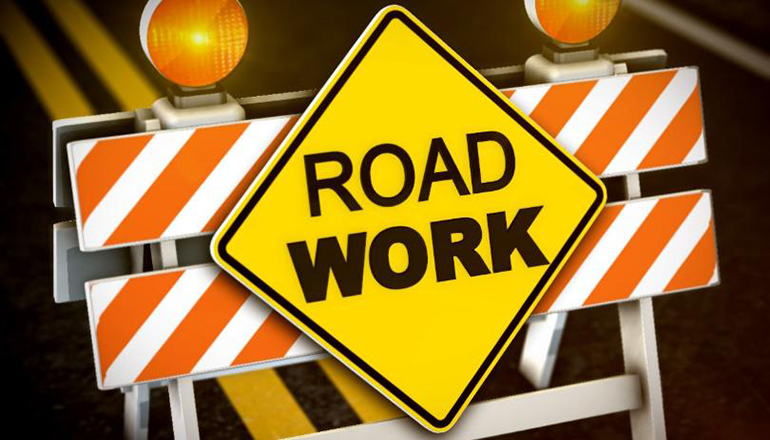 The following is a list of general highway maintenance and construction work the Missouri Department of Transportation has planned in North Missouri for the week of March 2 – 8.

Inclement weather may cause schedule changes in some of the planned work. There may also be moving operations throughout the region such as pothole patching, striping, signal work, etc., in addition to the work mentioned below.

Route 111 – CLOSED for a bridge replacement project at the Mill Creek Bridge near Corning. The bridge will remain closed through mid-April.

Route 116 – CLOSED for a bridge replacement project over I-29 through May 2020. There may be periodic lane closures northbound and southbound on I-29.

Route C – CLOSED until further notice at the Branch of Turkey Creek Bridge due to damage from flooding. A project to replace the bridge with a box culvert is currently scheduled to be part of the March 2020 letting.

U.S. Route 65 – Bridge maintenance at the Shootman Creek and Mound Creek bridges, March 2 – 6. Temporary traffic signals are in place to direct motorists through the work zone

U.S. Route 24 – Bridge replacement project at the Middle Fork Chariton River and Overflow bridges through March 2020. These bridges are part of Governor Parson’s “Focus on Bridges” program. Traffic will be directed through the work zone with temporary traffic signals. A 10-foot width restriction is in place.

U.S. Route 159 – CLOSED for a bridge replacement project over the Little Tarkio Creek through spring 2020.

Route T – CLOSED for a bridge rehabilitation project over Spring Creek through April. The bridge is part of Governor Parson’s “Focus on Bridges” program.

Route E – CLOSED to through traffic for a culvert replacement from U.S. Route 59 to Route F, March 2 – 6.

Route 190 – Bridge rehabilitation project over the Thompson River through November.

Route PP – CLOSED until further notice at the East Medicine Creek Bridge after a regularly scheduled inspection revealed critical deterioration to the structure. The bridge was part of the January 2020 letting and a contract was awarded to Widel, Inc. The bridge is part of Governor Parson’s “Focus on Bridges” program.

Route YY – CLOSED for a bridge replacement project at the Middle Fork of the Grand River. The bridge is part of Governor Parson’s “Focus on Bridges” program. The bridge will remain closed until spring 2020.