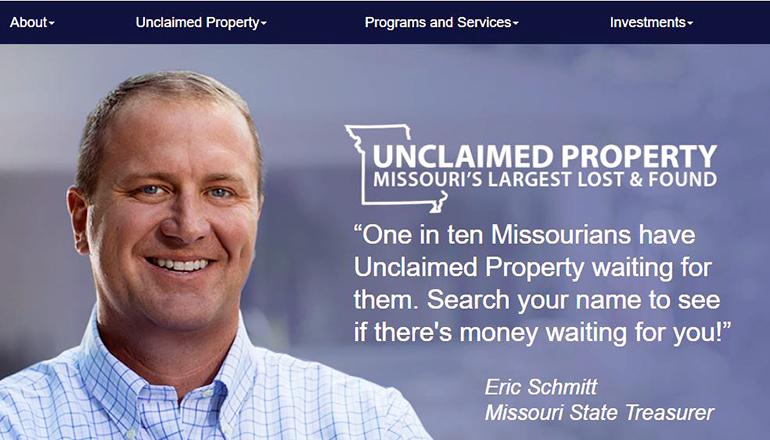 Missouri State Treasurer Eric Schmitt has announced the 2018 Unclaimed Property Auction will be held September 13 and 14 at the Hilton Garden Inn Conference Center in Columbia.

Thousands of items are up for auction including old coins and currency, stamps, jewelry and even autographed pictures of classic Hollywood actors Spencer Tracy and Bette Davis. A full list of auction items is available online at treasurer.mo.gov/Auction.

All auction items come from safe deposit boxes that have been turned over to the Missouri State Treasurer’s Office after five years of inactivity or no contact from the owner. All proceeds from the auction will be held until claimed by the rightful owners.