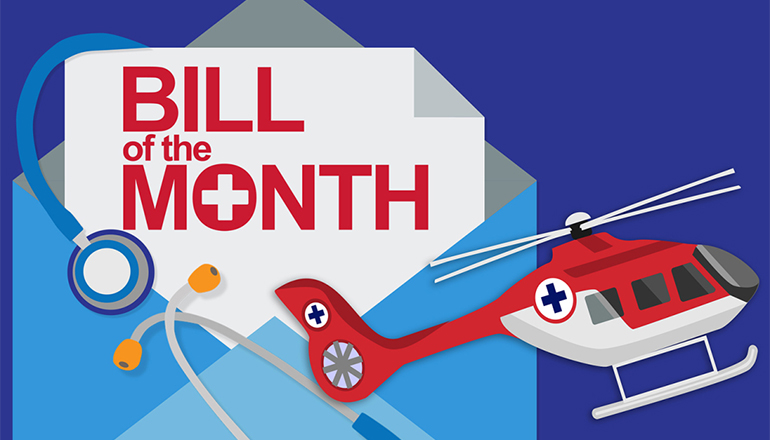 Missourians are frequently subjected to aggressive collection efforts by air ambulance providers totaling tens of thousands of dollars in a practice called balance billing, according to a detailed report released today by the Missouri Department of Insurance, Financial Institutions and Professional Registration (DIFP).

To assess the scope of the problem, the DIFP initiated a data call for insurers in Missouri.  The data call covered fully-insured health coverage under the regulatory purview of the DIFP.  Estimates derived from these data indicate that of the $25.7 million billed for air ambulance services in 2017 alone, Missourians could have been balanced-billed a maximum of $12.4 million, or an average of nearly $20,000 per individual.

Among the key findings of the Department identified in the report:

“With air ambulance bills, Missourians are subjected to extremely aggressive collection efforts, at a time when they are quite vulnerable as they are already recovering from a medical emergency”, said Director Chlora Lindley-Myers. “We hope this report illustrates to state and federal policymakers the scope and seriousness of this problem and the need for urgent action.”

Consumers received some form of recovery in 23 cases, such as when a denial was overturned, or insurers increased their settlement offer.  As a result, consumers recovered over $560,000 since 2013.

The investigations ensure that the insurer is in compliance with relevant state insurance laws as well as their own contractual language.  The Department also is, in many instances, unable to assist consumers who have been saddled with unpaid air ambulance bills when the insurers’ actions do not clearly run afoul of insurance regulatory standards. States generally have very limited regulatory authority over air ambulances in general.

Air ambulance services are governed by the federal Aviation Deregulation Act (ADA) of 1978, which carved out broad federal preemptions to state regulation of aviation.  The act specifies that states may not regulate in any way the “price, route or service of an air carrier.”  The National Association of Insurance Commissioners has been engaged on this issue and in working with members of Congress to find ways to protect consumers from the financial devastation of air ambulance balance bills.  More information about state insurance regulators work on this issue through the NAIC can be found on the NAIC’s website.