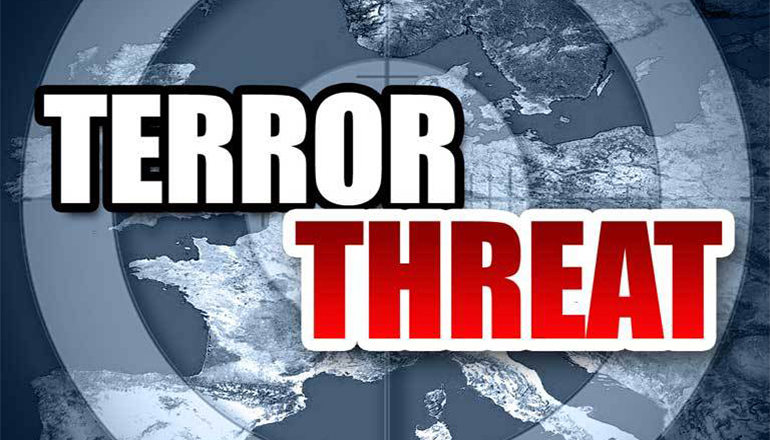 A Buffalo, Mo., woman was sentenced in federal court for using Twitter to transmit threatening communications against several persons, including two FBI employees and two former members of the military and their families, on behalf of the Islamic State of Iraq and al-Sham, also known as ISIS.

According to court documents, Yassin engaged in a concerted and prolonged effort to support the online activities of the Islamic State of Iraq and al-Sham (ISIS). ISIS is a foreign terrorist organization that has encouraged and taken credit for attacks against civilians throughout the world, including in the United States. By maintaining numerous social media accounts and posting violent messages to them, Yassin was steadfast and outspoken in her support for ISIS and its murderous mission. She communicated directly with at least one person she believed to be an ISIS operative overseas and admitted that on two occasions she helped ISIS threaten and terrorize the four victims in this case, whom ISIS targeted for no reason other than their honorable service to the United States.

On Feb. 28, 2018, Yassin pleaded guilty to two counts of transmitting threatening communications across state lines. Yassin admitted that she maintained a series of Twitter accounts under the pseudonym “Muslimah” that she used to post, or tweet, messages in support of ISIS, a designated foreign terrorist organization. Yassin also re-posted, or re-tweeted, messages she knew were authored by ISIS operatives residing overseas.

Beginning in May 2015, Yassin communicated over Twitter with a person identified in court documents as “Individual A,” whom she believed was an ISIS operative located outside the United States. They discussed ISIS’s publishing of personally identifying information of U.S. government employees and others, to threaten violence against those persons on behalf of ISIS. From May 2015 through at least October 2015, Yassin and Individual A routinely communicated about promoting new pro-ISIS accounts to like-minded followers before Twitter suspended them.

Yassin knew that Individual A used Twitter accounts, including those that Yassin promoted, to tweet personally identifying information of government employees and others and to threaten those persons on behalf of ISIS. Yassin admitted that knowing Individual A’s intent to threaten, she re-retweeted the personally identifying information on her Muslimah accounts several times so that the information could be more widely disseminated.

Throughout the month of August 2015, ISIS operatives tweeted additional personally identifying information, which Yassin re-tweeted to her followers, knowing that the intent of the messages was to threaten on behalf of ISIS. Yassin admitted that on Aug. 24, 2015, she re-tweeted one such message that contained the phrase “Wanted to kill,” followed by the first and last name, status as an employee of the FBI, city of residence, zip code, and phone number of Victim 1. In the same communication, she repeated the same “Wanted to kill” phrase, followed by the same personally identifying information for Victim 2. Yassin intended this communication as a threat against Victims 1 and 2.

Yassin also admitted that on Oct. 8, 2015, she re-tweeted a message from Individual A that linked to a publically viewable document containing the name and home address of Victim 3, a U.S. service member, along with photos of Victim 3, his family, and the names of his wife and children. The document further stated, “Once again I leave these details online to cause havoc in his life & for my brothers and Al-Qaeda in the U.S. to eventually hunt him down & kill him.”

The linked document also contained the name and home address of Victim 4, a former U.S. service member who had been the previous target of threats on Twitter by ISIS. Yassin knew that Individual A had previously threatened Victim 4 with violence and called him ISIS’s “number one target.” Yassin admitted that she intended to aid and assist Individual A in threatening Victims 3 and 4.

This case was prosecuted by Assistant U.S. Attorneys Brian Casey and Abram McGull II. It was investigated by the FBI.