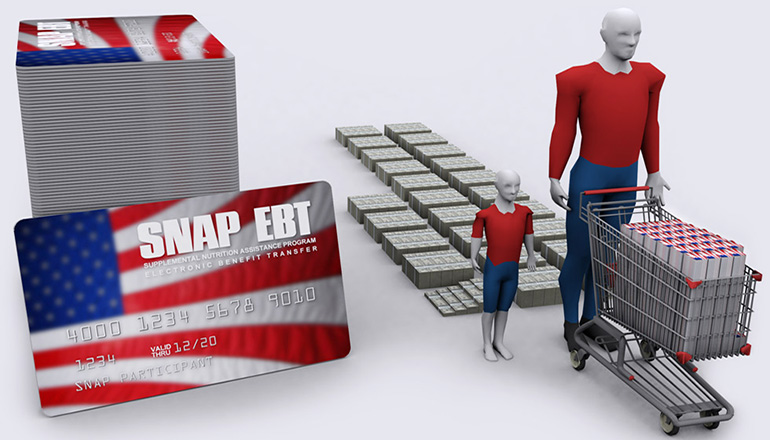 A Milo, Missouri, woman has been sentenced in federal court for her role in a conspiracy to sell methamphetamine in exchange for Supplemental Nutrition Assistance Program (SNAP) benefits (commonly known as “food stamps”).

Melanie A. Person, 54, was sentenced by M. Douglas Harpool on Wednesday, June 10, to six years in federal prison without parole.

The person admitted she and co-defendant Bobby G. Johnson, Jr., 54, of El Dorado Springs, Missouri, conspired to accept SNAP benefits in the form of electronic benefit transfer (EBT) cards and personal identification numbers (PIN) in exchange for methamphetamine. Johnson was sentenced on March 10, 2020, to 12 years in federal prison without parole after pleading guilty to the same charges.

Vernon County sheriff’s deputies executed a search warrant at Person’s residence on Aug. 7, 2018. In one bedroom, deputies found a Hi-Point 9mm pistol in the top drawer of a dresser, 17 bags of methamphetamine in the bottom drawer of a dresser, a Wards Westernfield .22-caliber rifle in a bedroom closet, and a clear bag that contained methamphetamine in the top drawer of another dresser. In another bedroom, deputies found a Savage Arms .220-caliber rifle and a box that contained approximately 750 rounds of ammunition. Deputies seized a total of 16.65 grams of methamphetamine from the residence.

Deputies also seized four SNAP EBT cards that were found in Person’s purse, which were issued to Johnson and three other persons. There were also receipts in Person’s purse from transactions completed using two additional SNAP EBT cards. Many of the transactions conducted with those SNAP EBT cards were at Walmart stores in Missouri, including the Walmart stores in Nevada and Raymore. Three of the individuals to whom those EBT cards were issued admitted that they exchanged their EBT cards and PINs for methamphetamine from Person.