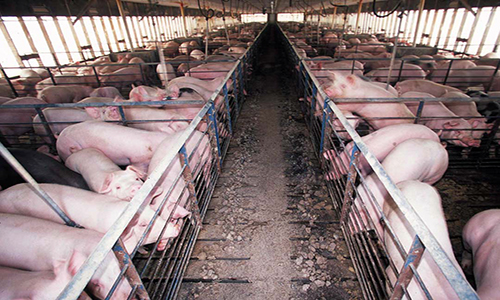 Missouri’s Western District Court of Appeals heard the Grundy County case arguments, as well as three other cases, at the MU School of Law in Columbia Tuesday afternoon. That case involved an appeal from Trenton Farms which was looking to operate a swine CAFO in southwest GrundyCounty. Hickory Neighbors United filed a complaint, saying the Department of Natural Resources failed to consider the CAFO was located within a 100-year floodplain, and also claimed it had failed to require proof the CAFO could stay financially stable.

The Associated Press and KOMU report, despite some differences in specific details, the appeal bears similarities to a case in Callaway County involving an appeal from the group known as Friends of Responsible Agriculture, to the development of a CAFO in that county. The common element in both cases lies in determining the continuing authority involved. The Department of Natural Resources defines the continuing authority as “the permanent organization responsible for the operation, maintenance and modernization of the facility described in the permit.”

According to the DNR Clean Water Commission, any group that applies for a permit must prove it is a continuing authority as determined by the department’s definition. Robert Brundage, an attorney for the appeal by Trenton Farms, stated one of the core issues in the dispute is whether the regulation requires the CAFO to show it has the financial resources to operate, maintain and modernize the facilities.

A Callaway county farmer opposing a CAFO there, Phillip Glenn, stated “continuing authority” is quote, a buzz word, for a limited liability company that forms easily and doesn’t have any money. The Callaway county farmer added he wants to see more research on how to handle waste from CAFOs, which he described as essentially untreated, raw sewage being spread on land. After hearing arguments Tuesday, there’s no indication in the Associated Press report as to when the Western Court of Appeals judges will rule on the appeal involving the Grundy county case.