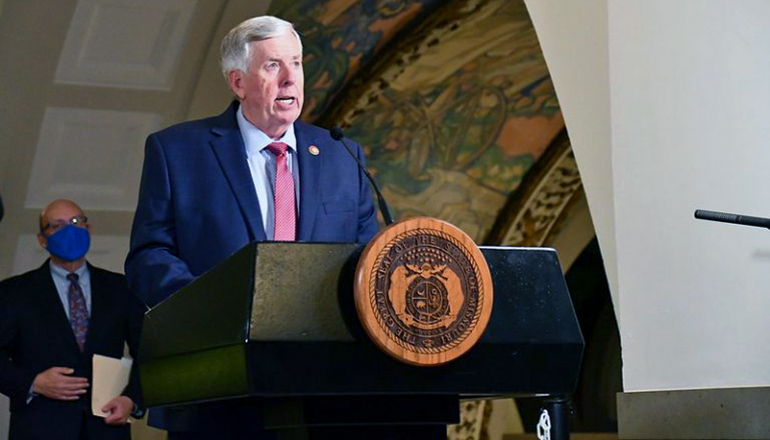 In a unanimous opinion, the court ordered the state to resume dues deductions for the Missouri Corrections Officers Association, affirming on every point a September 2021 order issued by Cole County Circuit Judge Jon Beetem.

The state Office of Administration stopped withholding dues in December 2019, citing the failure to reach a new collective bargaining agreement. The union, in response, told the agency that it retained its status as a state employee association, first awarded in 2000, and allowed to collect dues through payroll withholding.

In Tuesday’s ruling, Chief Judge Gary Witt wrote that the state gave “shifting reasons” for cutting the union off from funds, including a rules change that would deny the union status as an association because it engaged in collective bargaining on behalf of members.

Since the state stopped collecting dues, the union has tried to collect the money directly from members but not all have paid. The union staff has been cut to one from three as a result of the revenue loss.

“The practical result of the rule is to give OA an unfair advantage in the negotiations by starving the labor union for dues funding during the contract negotiations process,” Witt wrote.

Witt found that the state violated the “fundamental right” to collective bargaining, guaranteed by the Missouri Constitution, and freedom of speech and association rights protected by the state and federal constitutions.

“Employees, in the public or private sector, have a right to organize together and present their demands,” said Chris Grant, the attorney who represented the corrections workers. “It was so great to see just a plain and very sharp statement to that effect.”

Attorney General Eric Schmitt’s office, which defended the decision to end withholding, is “evaluating the decision and determining next steps,” spokesman Chris Nuelle wrote in. an email.

The union did not seek, nor was it awarded, any tax money to replace the funds lost while dues have not been withheld.

“We solely have been asking so far just for the dues deduction to resume,” Grant said in an interview with The Independent.

The action to limit funding for the corrections officers’ union came at a time when the state was appealing a $113.7 million judgment for unpaid overtime for more than 1,000 employees of the Department of Corrections. The union sponsored the lawsuit, which ultimately resulted in a state payout of $49.5 million in back pay and a promise of $54 million in future compensation.

Around the same time, the Republican-led state administration and legislature were focused on limiting the activities of public-employee unions generally. In 2018, lawmakers passed bills to end the state merit system and to force unions to seek annual re-authorization of dues and fees and recertification votes every three years.

The Missouri Supreme Court in October upheld the law repealing the merit system but struck down the law regulating union activities in June 2021.

The question before the court in this case, Witt wrote, was whether the state was justified in its decision to stop withholding dues. When the state told the union the deductions would stop, it cited the failure to reach a new collective bargaining agreement, Witt wrote.

When the association responded by claiming it retained the right to deductions because it began as an association of employees, also recognized in state rules for support through payroll withholding, with more than 100 members.

The state Office of Administration responded by telling the union it did not qualify because it allowed non-state employees to be auxiliary members. The state agency indicated it would change the rules to allow associations to include non-employees, but instead issued a rule saying associations that formed to engage in collective bargaining were not eligible for withholding unless they had a contract.

Every reason given, other than an intent to block the union from dues because it lacked a labor agreement, was “pretextual” and thought up after the decision was made, Witt wrote.

“The trial court found that OA has provided shifting reasons for discontinuing MOCOA’s dues deduction,” Witt wrote. “As discussed previously, OA only provided one reason when it initially discontinued payroll deduction in December 2019, however new and different justifications have emerged throughout the course of this litigation.

Two other unions have also had payroll deductions ended, Grant said. They are the Service Employees International Union, which represents probation and parole employees and patient care professionals in the corrections and mental health departments and the Missouri Veterans Commission, and Communications Workers of America, which represents employees in the Social Services and Health and Senior Services departments.

“The record evidence shows the rule was targeted toward public sector unions,” Grant said. “This followed an approach by OA to make bargaining as difficult as possible for the unions.”