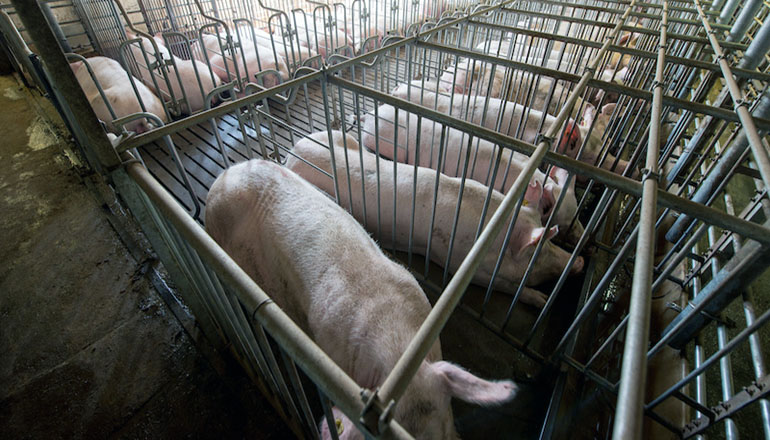 (Missouri Independent) – Did legislators violate Missouri’s constitution when they overruled counties to clear the way for industrial hog farms across the state? Does new legislation prohibiting local regulation apply to counties that already had their own rules?

The court will now weigh whether a state law prohibiting local governments from enacting regulations on CAFOs that differ, at all, from state rules violates the Missouri Constitution.

Plaintiffs argue it does.

But beyond that, Stephen Jeffery, an attorney for the plaintiffs, said the statute doesn’t apply to existing county CAFO regulations that predated the new state law, such as those in Cooper and Cedar counties, which are plaintiffs in the case.

“Just look at the plain language in the statute, and you can resolve the whole case on the basis of that,” Jeffery said, adding that the court wouldn’t even have to weigh complicated constitutional questions.

Missouri officials have taken several steps in recent years to clear the way for CAFOs to operate in the state. The controversial facilities can house tens of thousands of animals and, environmentalists argue, threaten air and water quality with the massive amounts of manure produced.

Rural neighbors in some parts of the state have fought proposed CAFOs.

In 2019, the Missouri General Assembly passed legislation barring counties from enacting rules for CAFOs that are “inconsistent with or more stringent than” from state regulations. In 2021, they updated it to also bar county rules “in addition to” or “different from” state law, tightening the language around the original ban.

The legislation, plaintiffs argue, violates the “Right to Farm” amendment to the Missouri Constitution.

That amendment, approved by voters in 2014, enshrines the rights of farmers and ranchers in Missouri “subject to duly authorized powers” conferred by the Constitution. That includes, according to plaintiffs, the ability to regulate agriculture.

“The clear intent of the voters had to be for county commissions and county health boards to continue to have such existing authority to adopt and enforce such health ordinances and health regulations,” plaintiffs say in their pre-trial brief.

One judge noted that the state’s lawyers argued eliminating local regulations on CAFOs would advance the right to farm, not diminish it. But Jeffery said the amendment doesn’t preclude all local regulations, just those inconsistent with state law.

At the very least, plaintiffs say, the state law should not be applied retroactively to county ordinances that were already in existence.

The state’s attorney, Justin Smith, argued when a pre-existing local ordinance conflicts with state statute, the state law overrules it. He noted one of the counties challenging the state law — Cooper County — only enacted its CAFO regulations a few weeks before the state law disallowing them went into effect.

“A bill had already been passed by the legislature, already been signed by the governor and the locality was on notice that it was about to go into effect and attempted to race to the courthouse, so to speak, to try to put something into effect prior to the state law,” Smith said.

He argued existing county CAFO ordinances are void and that determination isn’t retroactive.

While they await a ruling, Jeffery said the two counties are treading lightly.

“Just given the political sensitivities of this whole issue — the ordinances remain valid, remain on the books, but neither government agency has taken any type of enforcement action against anyone,” he said.