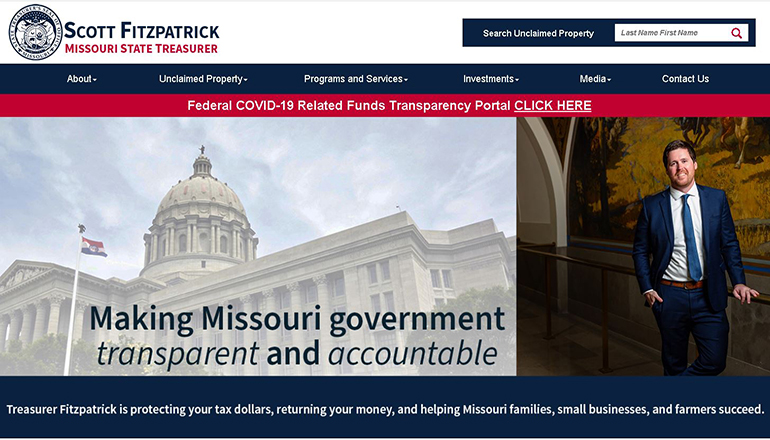 Joining 23 state financial officers, Missouri State Treasurer Scott Fitzpatrick called on President Joe Biden to recall his nomination of Sarah Bloom Raskin for Vice-Chair for Supervision of the Federal Reserve, a position with regulatory power over banks and the financial industry. In a letter to the President, the state financial officers expressed concerns about Ms. Raskin’s statements indicating her desire to politicize the role of the Federal Reserve.

“As the central bank of the United States’ financial system, the Federal Reserve is entrusted to promote a strong U.S. economy. However, politicizing the Federal Reserve does the opposite,” Treasurer Fitzpatrick said. “President Biden continues to nominate individuals who have revealed themselves through writings and other public statements to be far too radical for the jobs for which he has put them forward. Using the Federal Reserve to “allocate capital and align portfolios toward sustainable investments” as Ms. Raskin suggested in 2020 is antithetical to the free market system of the United States. No one who believes in that type of market control should be dictating monetary policy at the Federal Reserve. President Biden should withdraw this nomination.”

“Ms. Raskin, in a column published in September 2021 by Project Syndicate, demonstrated that she has a far different vision for the role of the Federal Reserve. In that column, she wrote, “financial regulators must reimagine their own role so that they can play their part in the broader reimagining of the economy.” It is clear that Ms. Raskin is willing to place the growth and stability of the U.S. economy at risk to achieve her preferred social outcomes,” the state financial officers wrote in their letter to President Biden.

Treasurer Fitzpatrick and other state financial officers have pushed back against other attempts by the Biden Administration to regulate America’s financial system, including President Biden’s nomination for Comptroller of the Currency and alleged efforts to pressure banks to divest from the fossil fuel industry. The Treasurer also joined Missouri bankers across the state to voice concerns about an IRS proposal to monitor inflows and outflows from individual bank accounts.