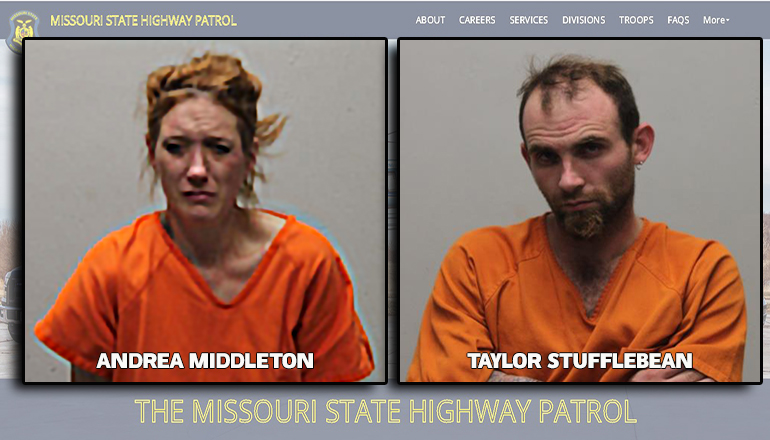 A Cameron resident was arrested Saturday night in Daviess County.

Twenty-eight-year-old Taylor Stufflebean was accused of being a felon in possession of a firearm and operating a motor vehicle without a valid license.

Both Stufflebean and Middleton were taken to the Daviess-DeKalb Regional Jail.

A Unionville resident was arrested Sunday in Putnam County.

Twenty-year-old James Crow was accused of felony possession of the controlled substance hydrocodone, misdemeanor possession of drug paraphernalia, and not wearing a seat belt. Crow was taken to the Putnam County Jail.

Twenty-seven-year-old Karli Baker was accused of speeding 122 miles an hour in a 70 zone. Baker bonded out from the Harrison County Law Enforcement Center.