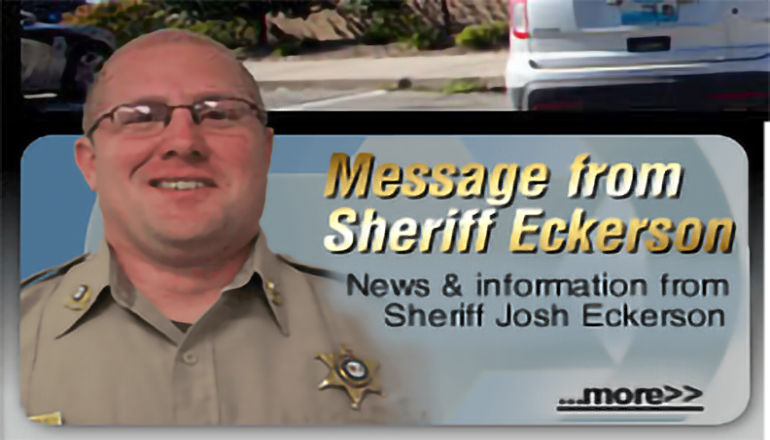 The Patrol responded to a Bethany residence with the Bethany Police Department and Harrison County Sheriff’s Department and determined, upon arrival, that Eckerson was deceased.

Angle says the Patrol Division of Drug and Crime Control was previously requested to conduct an investigation into Eckerson, and charges were submitted to a special prosecutor for consideration of filing formal charges. Three misdemeanors were filed in Daviess County in reference to the investigation. Online court information previously showed those were misuse of official information by a public servant, trespass in the first degree, and domestic assault in the fourth degree. Those charges are no longer on the court docket.

Eckerson became Harrison County sheriff in September 2012 and was first elected in November of that year.