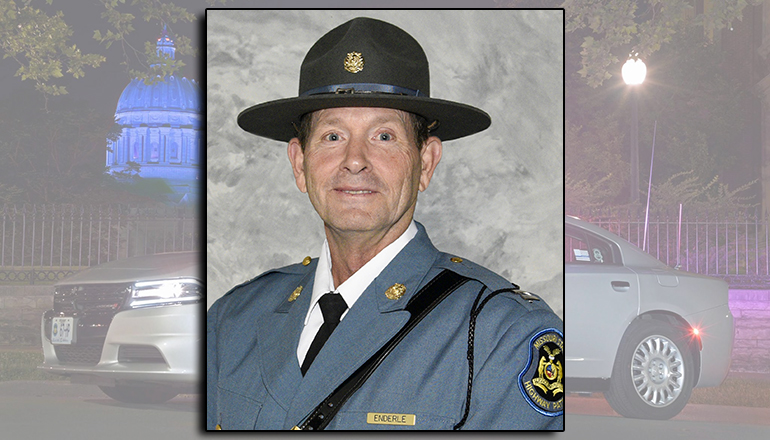 John Enderle joined the Patrol on January 1, 1990, as a member of the 62nd Recruit Class. Upon graduating from the Patrol’s Law Enforcement Academy, he was assigned to Troop C, Zone 12, Jefferson County. He was promoted to corporal and designated assistant zone supervisor of Zone 11, Jefferson County, on June 1, 1995. Enderle was promoted to sergeant and designated zone supervisor of Zone 10, Franklin County, on July 1, 2000.

On December 10, 2006, he transferred to Troop C Headquarters. Enderle was promoted to lieutenant on July 29, 2007, and transferred to Troop I, Rolla, MO. He returned to Troop C on August 13, 2008. On September 1, 2014, Enderle transferred to the Gaming Division, General Headquarters, Jefferson City, MO, and served as assistant director overseeing the Eastern District. In 2015, he completed the Leadership in Police Organizations program. On October 1, 2018, Enderle was promoted to the rank of captain and designated commanding officer of Troop D, Springfield, MO.

Captain Enderle grew up in Scott City, MO. He graduated from Illmo-Scott City High School in 1980. He served in the U.S. Army from 1981 to 1984. Prior to coming to work for the Patrol, he served as a police officer with the St. Louis County Police Department from 1985 to 1990. He has two grown daughters: Trooper Allison Enderle is assigned to Troop F, Zone 6, Moniteau and Morgan counties, and Ms. Marissa Enderle is in the social work field in Tempe, AZ. Capt. Enderle is married to Mrs. Lori Enderle, Communications Division, General Headquarters.