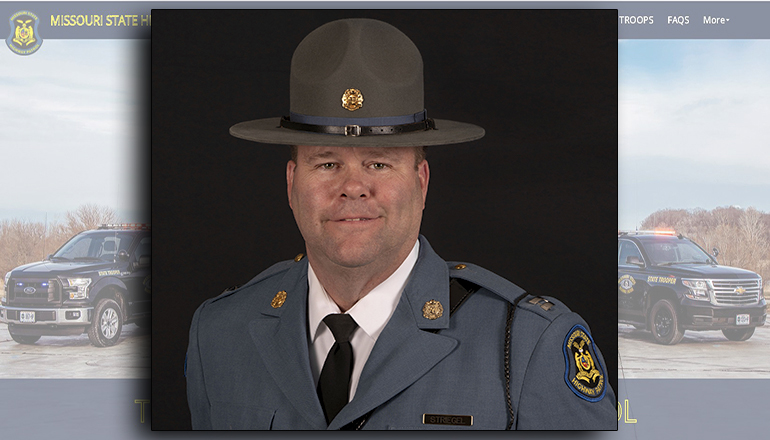 Striegel was appointed to the Patrol on January 1, 1996, as a member of the 71st Recruit Class. After graduating from the Patrol’s Law Enforcement Academy, his first assignment was to Troop E, Zone 8, Pemiscot County. In 2000, Striegel was designated as the full-time pilot assigned to Troop E, Poplar Bluff.

Striegel was born in Kennett, MO. He graduated from Kennett High School, in 1988. He holds an associate of arts degree in criminal justice from Mineral Area Community College, and a bachelor’s degree in respiratory therapy from the University of Missouri Columbia. In 2019, he completed the West Point Model Police Leadership Executive Level Course. Capt. Striegel and his wife, Kimberley, have two children: Brooke and Arika.