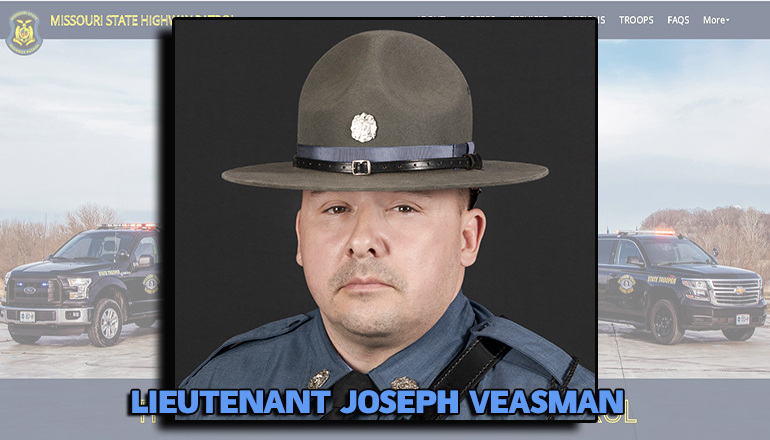 Sergeant Joseph A. Veasman, Troop F, Zone 14, commercial vehicle enforcement, is being promoted to the rank of lieutenant and assigned to the Professional Standards Division, General Headquarters, Jefferson City, MO.

Veasman began his career with the Patrol on September 7, 2002, as a criminalist in the DNA Casework Section of the Crime Laboratory Division, GHQ, Jefferson City, MO. He was appointed to the Patrol’s Law Enforcement Academy on May 31, 2005, as a member of the 84th Recruit Class. Upon graduating, he was assigned to Troop F, Zone 9, Montgomery County. He transferred to the Gaming Division and was assigned to the Isle of Capri Casino in Boonville, MO, in 2010. Veasman was promoted to corporal in 2012 and remained in his assignment. While he was assigned to the Gaming Division, he also worked as a background investigator. In 2016, he transferred to Troop F, Zone 14, as a commercial vehicle enforcement trooper. He served as a member of the Troop F SWAT team. Veasman was promoted to sergeant in February 2019 and remained in that assignment.

Veasman grew up in both Dixon, Missouri, and Vienna, Missouri. He graduated from Vienna High School in 1998. He earned a Bachelor of Science in biology from the University of Missouri-Columbia, in 2002. He completed the Police Leadership-West Point Model course in 2019. Lt. Veasman is married to Dr. Amanda Veasman and they have two daughters.