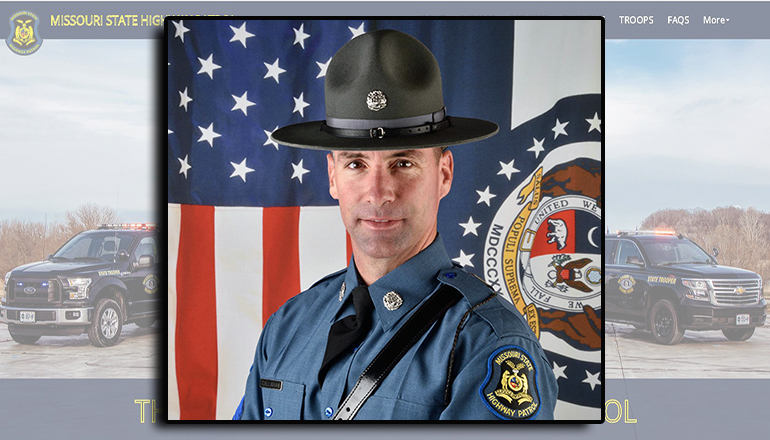 Sergeant Gerard G. Callahan, Q/HRD, will be promoted to lieutenant and transfer to the Patrol Records Division, General Headquarters, Jefferson City, MO, where he will serve as the Patrol’s Custodian of Records effective June 1, 2021.

Callahan was appointed to the Missouri State Water Patrol on January 3, 1999, as a member of the Water Patrol’s 29th Recruit Class. His assignments included the Mississippi, Missouri, Meramec, Gasconade, and Osage rivers. In 2006, he was promoted to corporal and designated assistant director of homeland security. In 2008, he was promoted to sergeant and designated director of public information for the Water Patrol. In 2011, Callahan became a member of the Missouri State Highway Patrol after the two agencies merged. In November 2012, Callahan transferred to the Human Resources Division, General Headquarters, Jefferson City, and was assigned as the administrative services coordinator.