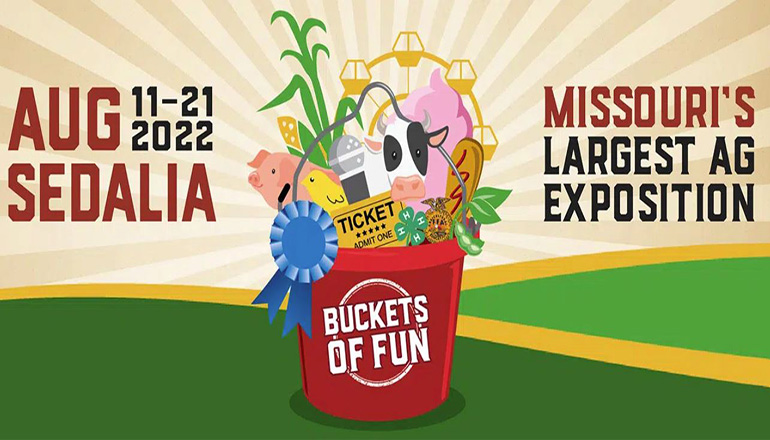 Blake Gates, son of Brian and Peggy Gates, is the exhibitor of the 2022 Grand Champion Market Pen of Chickens at the Missouri State Fair. Blake is from Cairo and is a member of the Neighborly Community 4-H club. Blake’s prize-winning pen of chickens weighed an average of 6.1 pounds.

The Reserve Grand Champion Market Pen of Chickens honor went to Porter Kruse of Fairview. He is the son of Kelin and Aubry Kruse and is a member of the County Line 4-H club. Porter’s pen of chickens weighed an average of 6.4 pounds.

Many livestock exhibitors will work toward earning a place in the ring at the time-honored Sale of Champions Auction. Grand Champion and Reserve Grand Champion Steers, Barrows, Lambs, Meat Goats, Pens of Chickens, and Pens of Rabbits will be featured in the auction, along with the Grand and Reserve Grand Champion Hams and Bacons. The Sale will be held at 1:30 p.m., Saturday, Aug. 20, in the Lowell Mohler Assembly Hall. The entire auction will be broadcast live by KMMO radio video streamed live by Carter Media at midvid.com.