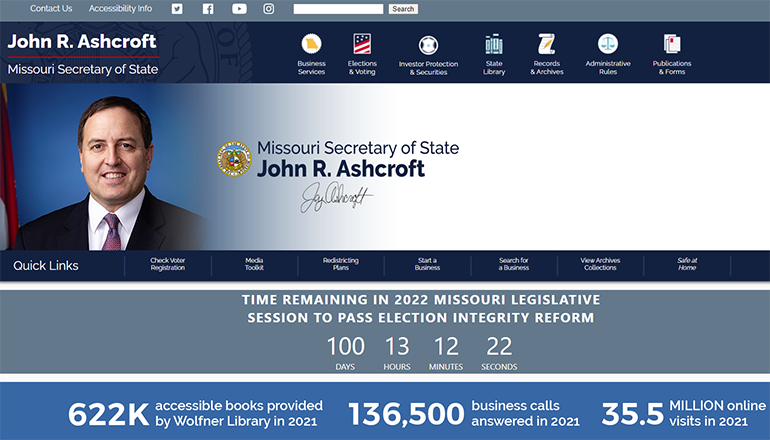 Secretary of State Jay Ashcroft’s Securities Division announced that it is participating in a consolidated enforcement action to stop a $68 million fraudulent precious metals scheme that, to date, has allegedly defrauded at least 450 investors nationwide, including eighteen investors from Missouri.

“Missouri has and will continue to work with our partners in state and federal law enforcement and regulatory agencies to pursue anyone whose unlawful actions harm the integrity of the financial industry or harm unsuspecting investors,” said Ashcroft. “This is one of several large-scale precious metals investment schemes we’ve strived to stop since the pandemic began.”

The defendants targeted a vulnerable population of mostly elderly and retirement-aged persons with little experience investing in precious metals.

Missouri investors in the Kansas City and St. Louis areas, Springfield, Boonville, Eldon, Hannibal, Marionville, and Washington sustained significant loses on their investments. Missourians invested a total of more than $1.7 million with the defendants.

The federal complaint seeks permanent injunctions against defendants, seeks orders for them to forfeit all revenue received, pay restitution to victims, rescind all contracts and agreements, and pay civil penalties and court costs.

Secretary Ashcroft urges investors to call the toll-free investor protection hotline at 800-721-7996 or visit the Missouri Protects Investors website for more information or to file a complaint.