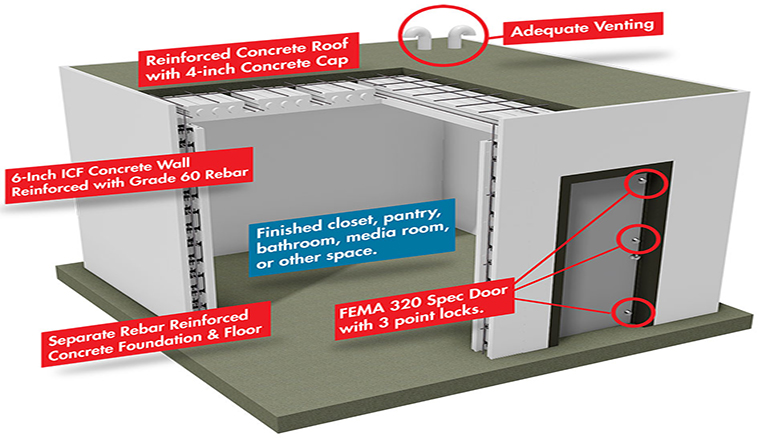 The Joplin School District has built 14 safe rooms since 2011, when a deadly tornado killed 161, to shelter students and community residents when the next tornado strikes.

The safe rooms, constructed to meet Federal Emergency Management Agency specifications, provide near-absolute protection against injury or death in extreme weather events. Made of reinforced concrete and impact-resistant walls and roofs, the safe rooms can withstand winds up to 250 mph. Doors and windows are protected by impact-resistant coverings. The shelters, located in the school buildings, can be reached quickly and easily by occupants.

Joplin’s safe rooms also serve the community. “Safe rooms open during the day after weather warnings, but community residents may come here also if they have no other place to go,” said Sachetta.

The school district opens shelters when the National Weather Service issues warnings, but they also open them, Sachetta says, when a tornado touches down in southeast Kansas or nearby Oklahoma. Severe weather with tornadoes often hits Missouri from those areas.

Significant severe weather threatened Joplin and other parts of Missouri on May 22 this year, the eighth anniversary of the 2011 disaster. Joplin school shelters took in 1,500-1,700 occupants that day.

Other school safe rooms in Missouri school districts, including those of Webb City and Eldon, were built since the 2011 tornado.