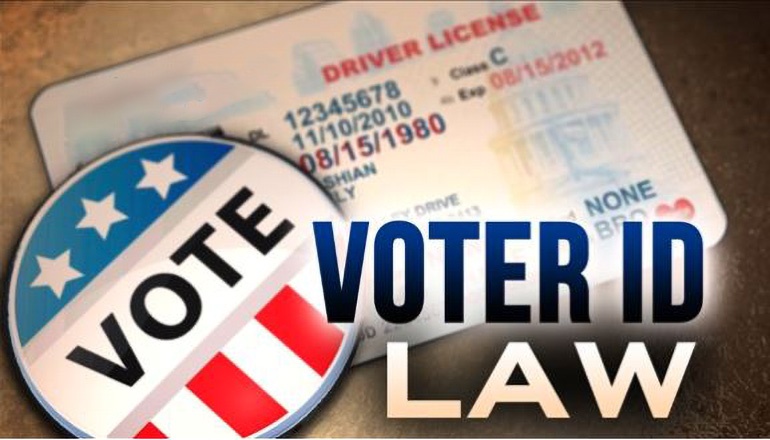 (Missouri Independent) – With several months to go before state lawmakers return for the 2022 legislative session, Republicans are promising to once again push to require photo identification to vote.

Committees in the Missouri House and Senate held hearings Tuesday dominated by discussions of requiring a government-issued ID for both in-person and absentee voting. Secretary of State Jay Ashcroft testified at both hearings, signaling his intention to make voter-ID legislation among his top priorities once again.

“In-person voting with a photo ID makes it difficult to manipulate the system and easier to identify fraud,” Ashcroft said.

If lawmakers succeed, Missouri would join seven states that have enacted “strict photo ID laws,” which require a government-issued photo ID to vote — though three also allow for student IDs.

Republicans have been trying to enact a photo ID requirement to vote in Missouri for the last 15 years. Legislation has passed several times, but it’s never been able to fully withstand legal challenges.

“We know that creating a two-tiered system having first- and second-class voters is a recipe for confusion and disenfranchisement,” Denise Lieberman, director and general counsel of the Missouri Voter Protection Coalition, a nonpartisan coalition of voting rights advocates, testified Tuesday.

Lieberman said that thousands of people across the state can’t afford to pay for a government-issued ID, as well as the costs of obtaining birth certificates and other documentation necessary to qualify for an ID in Missouri.

Ashcroft told committee members that he didn’t believe requiring photo ID would disenfranchise impoverished communities because his office has helped roughly 1,000 people a year get state-issued IDs for free.

“We have the financial resources,” Ashcroft said. “We have the wherewithal to help more people, but we’re not having people that want assistance with that.”

Opponents criticized Ashcroft’s outreach efforts, citing a 2017 analysis by the Secretary of State’s office that found about 137,700 registered voters in Missouri did not have a state-issued identification. Another 140,000 voters had expired IDs, the analysis found, and 2,000 more voters had forfeited their driver’s licenses.

“That is woefully insufficient for addressing that issue if that is what that money has been allotted for,” said Mo Del Villar, legislative associate for ACLU of Missouri, pointing to Ashcroft’s office’s rate of helping 1,000 people a year though more than 200,000 voters don’t have IDs.

Del Villar also said the law would disproportionately impact communities of color, seniors, and those who are transient.

Sen. Barbara Washington, D-Kansas City, asked Ashcroft if he could provide any evidence of voter fraud, and he cited a recent investigation involving two St. Charles County voters who sent mail-in ballots to Florida and then voted in person in Missouri. The cases were from the 2020 election, he said.

“So when you stated publicly, repeatedly that this was the safest election we’ve had, was that true or not true?” Washington asked.

Ashcroft said, “I believe it was the safest election we’ve had.”

On Tuesday, Ashcroft announced his vision for election reform, which includes using hand-marked paper ballots rather than electronic voting machines and only using election equipment that is not capable of being connected to the internet.

These proposals seem to reference concerns discussed in a previous House committee hearing, where legislators and his office tried to debunk conspiracy cybersecurity theories about the 2020 election.

“We want to be proactive rather than reactive,” Ashcroft said in a press release. “We are not trying to enact legislation because something happened, we want to establish legislation that will prevent something from happening.”

Lieberman told committee members that the secretary of state has asked the Missouri Supreme Court to consider eliminating all options of non-photo IDs, and the court said in a January 2020 ruling that it would not be permissible under the state’s constitution.

“This has been litigated time and time and time again,” said Lieberman, who has litigated four of the lawsuits against photo legislation in Missouri. “We will file a lawsuit; it will be struck down. I suggest that it is folly for this committee to yet again consider legislation that it knows to be unconstitutional.”

Sen. Bob Onder, R-St. Charles didn’t address the ruling. He pushed back on the Missouri Supreme Court itself, calling it an “extreme liberal activist court.”

“When you cite the Missouri Supreme Court as some sort of authority,” Onder said, “I will note that they have been extraordinarily and increasingly activist in their decisions over the years.”