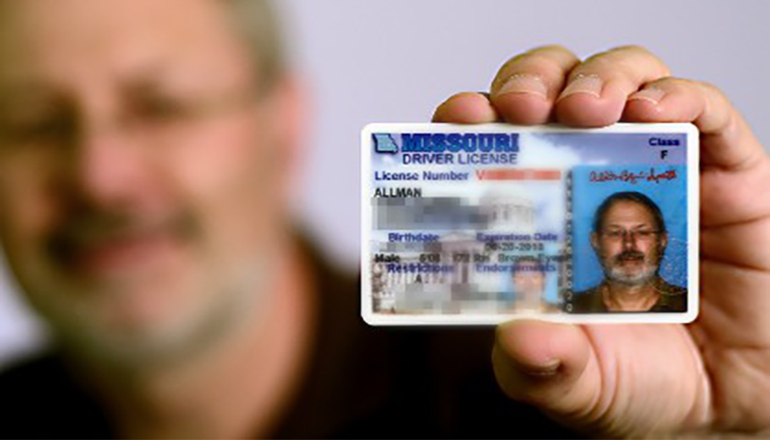 (Missouri Independent) – About 137,700 registered voters in Missouri did not have a state-issued identification in 2017, according to an analysis from the Secretary of State’s Office.

Another 140,000 voters had expired IDs, and 2,000 more voters had forfeited their driver’s licenses.

Under a bill passed Wednesday in the Missouri House, those registered voters would either have to get a government-issued photo ID or only be allowed to cast a provisional ballot on Election Day.

The provisional ballot would be counted only if the voter returns later that day with a photo ID or if election officials can verify their signature-based on voter records.

The House voted 109-46 to send the bill to the Missouri Senate.

Proponents argue the measure is needed to prevent voter fraud and “illegal votes.”

“Missourians expect people to come to the polls and identify themselves with secure photo identification when they go to the polls,” said state Rep. John Simmons, a Franklin County Republican sponsoring this year’s voter ID legislation.

But voting-rights advocates say the law will negatively impact minorities, seniors, voters with disabilities, and many others who struggle with the transportation and funds needed to get an ID.

That is particularly true in the midst of a deadly pandemic, said Denise Lieberman, director and general counsel of the Missouri Voter Protection Coalition.

“Missouri lawmakers should focus on making voting more accessible rather than again continue to promulgate unnecessary, expensive, and unconstitutional burdens on the right to vote in Missouri,” said Lieberman, who has been part of several legal teams that have sued the state over previous voter-ID legislation.

Missouri Republicans have been trying to enact a photo ID requirement to vote for the last 15 years. Legislation has passed several times, but it’s never been able to fully withstand legal challenges.

This year’s bill is moving forward because a January 2020 Missouri Supreme Court ruling blocked a key provision in a previously enacted voter ID law. Simmons said the court decision “utterly and wholly gutted the intent and practicality of this statute.”

Today, 36 states have laws requesting or requiring voters to show some form of identification at the polls, according to the National Conference of State Legislatures.

But Missouri was one of the first states to attempt to enact a law where only a state- or federally issued ID would be acceptable to vote in 2006. After being approved by lawmakers, the court deemed it unconstitutional because there was no evidence of voter fraud and it infringed on people’s right to vote.

So voter-ID proponents focused on changing the constitution itself.

In 2011, lawmakers placed a voter ID amendment on the ballot, but the measure was derailed by a lawsuit filed by the ACLU of Missouri and Advancement Project.

In 2016, a photo ID amendment finally made it to the ballot and was approved by voters that allowed someone to cast a ballot without a state-approved photo ID only after signing an affidavit under the penalty of perjury.

However, the Missouri Supreme Court struck down the affidavit because it deemed it to be “misleading,” and therefore unconstitutional. In the same ruling, the court considered the state’s request to strike the non-photo ID options altogether – which is what Simmons’ bill would do – and concluded that it posed “constitutional concerns and could not have been adopted by this Court.”

During debate on the new measure this week in the House, both Republicans and Democrats raised concerns about the fact that the bill does not require the state to cover the costs for obtaining an ID.

In order to get a state-issued ID, people have to obtain a birth certificate. And that often can be a costly and lengthy process, said Rep. Shamed Dogan, a St. Louis County Republican.

“It’s something that courts view with suspicion,” he said, “that in order to vote, you have to get an ID and we’re not going to pay for it.”