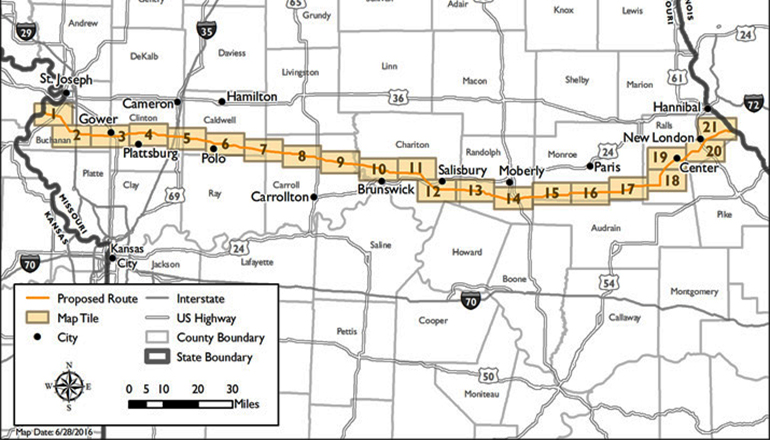 The Grain Belt Express Clean Line LLC otherwise known as the Grain Belt Express has filed an application with the Missouri Public Service Commission seeking a certificate of convenience and necessity to construct, own, operate, and maintain a high voltage, direct current transmission line, and associated facilities within Buchanan, Clinton, Caldwell, Carroll, Chariton, Randolph, Monroe and Ralls counties in Missouri as well as an associated converter station in Ralls County.

According to the application, approximately 206 miles of a high voltage, direct current (“HVDC”) transmission line will traverse the state of Missouri from Kansas into Illinois and Indiana.

Applications to intervene and participate in this case shall be filed no later than September 14, 2016, with the Secretary of the Missouri Public Service Commission, P.O. Box 360, Jefferson City, Missouri 65102, or by using the Commission’s Electronic Filing and Information System (EFIS) at www.psc.mo.gov.