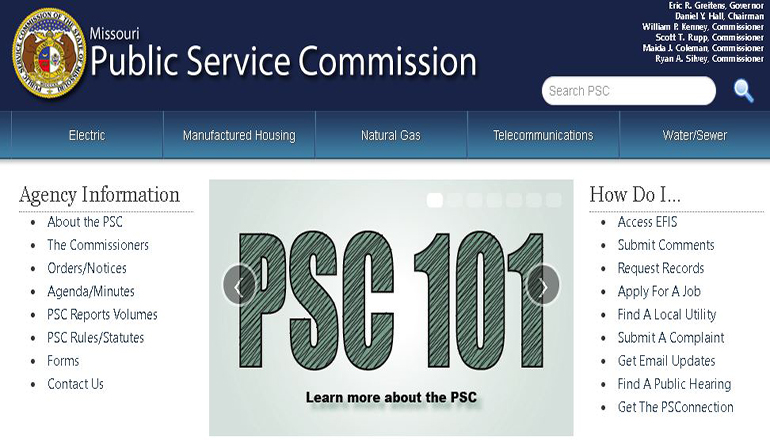 The Missouri Public Service Commission has opened a case to adjust electric rates of Union Electric Company doing business as Ameren Missouri under the provision of Senate Bill 564, which the Missouri General Assembly passed and was recently signed into law.

The Commission reports a section of the bill gives the Commission one-time authority to order an adjustment to the electric rates of certain electrical corporations in response to the federal Tax Cuts and Jobs Act of 2017.

Senate Bill 564 contains an emergency clause which allows the Commission only 90 days after June 1st to act on the granted authority. Applications to intervene and participate in the case must be filed by June 13th with the Secretary of the Missouri Public Service Commission or by using the Commission’s Electronic Filing and Information System at psc.mo.gov.

Citizens wishing to comment should contact the Office of the Public Counsel or the Public Service Commission Staff. Ameren Missouri provides electric service to about one point two million customers in Missouri.