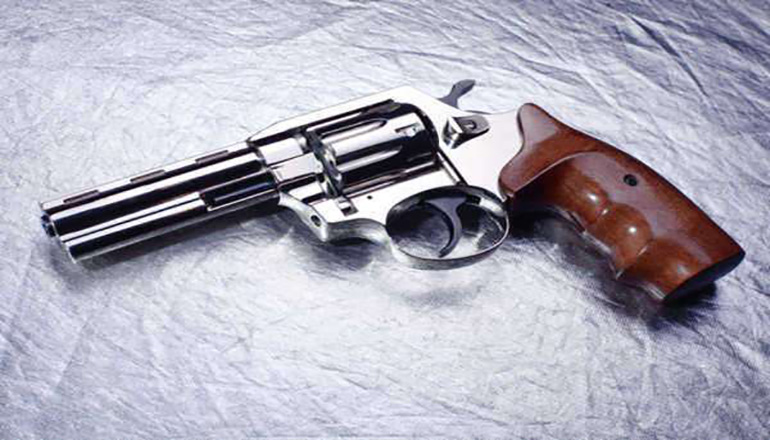 A Springfield, Missouri, man who pointed a loaded pistol at police officers during a car and foot chase was sentenced in federal court for illegally possessing a firearm.

On Sept. 11, 2019, Billingslea pleaded guilty to being a felon in possession of a firearm.

A Springfield police officer attempted to stop Billingslea, who was driving a Ford Taurus, for having an inoperable headlight and rear-license-plate lamp at the intersection of Campbell Avenue and Battlefield Road near midnight on Dec. 7, 2018. When the officer activated his patrol vehicle’s lights, Billingslea refused to stop and accelerated away. Another officer located the vehicle and attempted to stop Billingslea, but he fled again. The officer soon found the Taurus, abandoned by Billingslea, in the front yard of a residence on South Roanoke Avenue.

A few minutes later, another officer located Billingslea walking north on Jefferson Avenue. When the officer asked Billingslea to take his hand out of his pocket, Billingslea was holding a loaded Kel-Tec .380-caliber semi-automatic pistol.

Under federal law, it is illegal for anyone convicted of a felony to be in possession of any firearm or ammunition. Billingslea has 23 prior misdemeanors and four prior felony convictions (including two firearms offenses). At the time of his arrest in this case, Billingslea was on probation for pointing a stolen firearm at the mother of one of his children.

This case was prosecuted by Assistant U.S. Attorney Nhan D. Nguyen. It was investigated by the Bureau of Alcohol, Tobacco, Firearms and Explosives, the Ozarks Drug Enforcement Team, and the Springfield, Mo., Police Department.