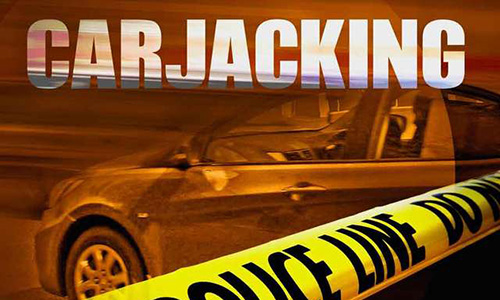 According to the plea agreement, on or about February 5, 2021, Ryan McDaniel, 25, of St. Louis, approached the victim who was making a Domino’s pizza delivery at The Residences at Forest Park, a location within the Eastern District of Missouri. Brandishing a handgun, McDaniel demanded the keys to the victim’s motor vehicle, a 2020 Mazda CX-30.  McDaniel reached into the victim’s pocket and grabbed the keys before fleeing the scene in the carjacked vehicle.

Minutes after the robbery, officers located the stolen Mazda CX-30 and a lengthy pursuit ensued. McDaniel was eventually taken into custody after the vehicle was disabled.  Officers searched the vehicle and found two Springfield XD semiautomatic firearms. One of the firearms, which was located on the driver’s seat, was stolen; the other firearm, located in the glovebox, belonged to the victim.  McDaniel was also searched, resulting in the recovery of a Smith & Wesson .32 caliber revolver.

The case was investigated by the St. Louis Metropolitan Police Department and the Federal Bureau of Investigation.