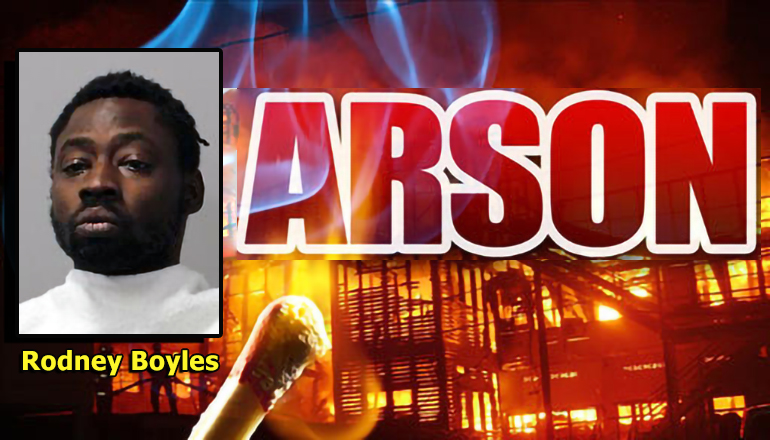 A Missouri man was charged in federal court with setting the arson fire of an apartment building in which several residents were injured.

Rodney Boyles, 35, of Kansas City, was charged with one count of arson in a criminal complaint filed in the U.S. District Court in Kansas City, Mo. Boyles remains in federal custody pending a detention hearing, which has not yet been scheduled.

According to an affidavit filed in support of the federal criminal complaint, a fire was reported at 1102-1104 Benton Boulevard in Kansas City, Mo., at approximately 12:33 a.m. on Jan. 13, 2021. The four-story brick apartment building was occupied at the time of the fire. Three occupants of the apartment building sustained serious injuries because of the fire and were transported to the hospital for treatment. The building sustained significant fire damage on all four floors of the structure.

Investigators interviewed several victims of the arson. One resident, identified in court documents as “TN,” exited her third-floor apartment using the interior stairwell. She recalled the smoke being so thick in the interior stairwell that she could not see her hand in front of her face. She was transported to the hospital, where she was intubated for approximately nine days while being treated for smoke inhalation injuries she sustained from the fire.

Another resident, identified in court documents as “BF,” was asleep in the living room when he woke up and smelled smoke. He passed out in the apartment and was rescued by firefighters. He was treated at the hospital for partial-thickness burns to his face, acute respiratory failure with hypoxia, carbon monoxide and cyanide poisoning, pneumonia, and volume overload. He was placed in a medically induced coma during his hospitalization.

Two residents, identified in court documents as “RF” and “NF,” were forced by heavy smoke to exit their apartment through a front window that provided access onto a second-floor overhang so they could jump to safety. RF broke his wrist and ankle after jumping onto the ground below; he was hospitalized for 14 days as a result of his injuries.