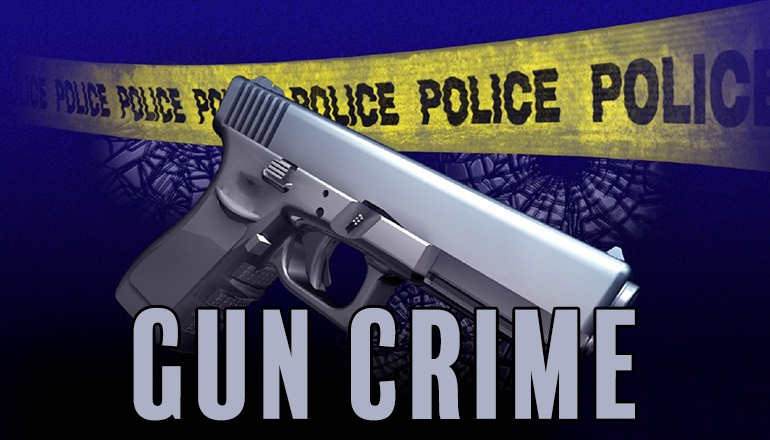 A Missouri man caught with two illegally modified, fully automatic Glock handguns and suspected narcotics has been charged with a federal gun crime.

Courtlend D. Green, 25, of St. Louis, was charged by complaint in U.S. District Court in St. Louis with being a felon in possession of a firearm. He is in custody and is scheduled to appeal in federal court Tuesday.

An affidavit filed in support of the complaint says St. Louis Metropolitan Department officers were told that Green, a documented gang member, was selling narcotics. Police spotted Green and surrounded him in his parked car, deploying spike strips. Green drove off and crashed into an occupied vehicle a short distance away and then fled on foot before he was arrested, the affidavit says.

Police found two Glock handguns modified with conversion devices, also known as switches, that make them fully automatic, the affidavit says. One had a drum magazine containing 41 rounds and the other had a 20-round extended magazine. Police also found suspected narcotics. Green was convicted of involuntary manslaughter in St. Louis Circuit Court in 2022 and is therefore not permitted to possess a firearm, the affidavit says.

Federal and state officials at a news conference warned of Glock switches and the dangerous trend of an increase in conversion devices being used and found in the St. Louis area and around the country.

Christopher Beavers, Assistant Special Agent in Charge of the Bureau of Alcohol, Tobacco, Firearms, and Explosives, said Thursday that the ATF has seen a 500% increase in the number of conversion devices recovered as part of criminal investigations across the country.

Lt. Col. Michael Sack of the St. Louis Metropolitan Police Department said the crime lab has seen a similarly large increase in the number of Glock switches seized and analyzed, with one in 2019, one in 2020, 27 in 2022, and three in the first five days of 2023 alone.

U.S. Attorney Sayler Fleming said, “Our office is taking this extremely seriously and we will use all of the statutes and all the punishment provisions that we have available to us.”

“Under federal law, the mere possession of the device is punishable by up to 10 years in prison,” Fleming said, even if not installed in or on a firearm.

But Fleming also cautioned that if a firearm with a conversion device is used while committing a serious drug offense or a crime of violence as defined by federal law, “you’re going to be looking at… not less than 30 years imprisonment. And let me add that that is consecutive to any other sentence you may receive.”

Fleming said a Glock with a conversion device was used to fatally shoot 16-year-old Terrion Smith in downtown St. Louis in March.

Officers are also seeing more high-capacity magazines being used with the firearms.

A fully automatic pistol is difficult to control and “inherently dangerous,” he said.

Both Beavers and Sack said the devices also frequently malfunction.

Sack also said that there were 66 ShotSpotter reports of fully automatic gunfire in St. Louis in 2021 and 339 through December 12th of 2022. St. Louis County has seen similar increases, as the weapons move frequently between jurisdictions.

Charges set forth in a criminal complaint are merely accusations and do not constitute proof of guilt.  Every defendant is presumed to be innocent unless and until proven guilty.

The case was investigated by the St. Louis Metropolitan Police Department and the Bureau of Alcohol, Tobacco, Firearms, and Explosives.