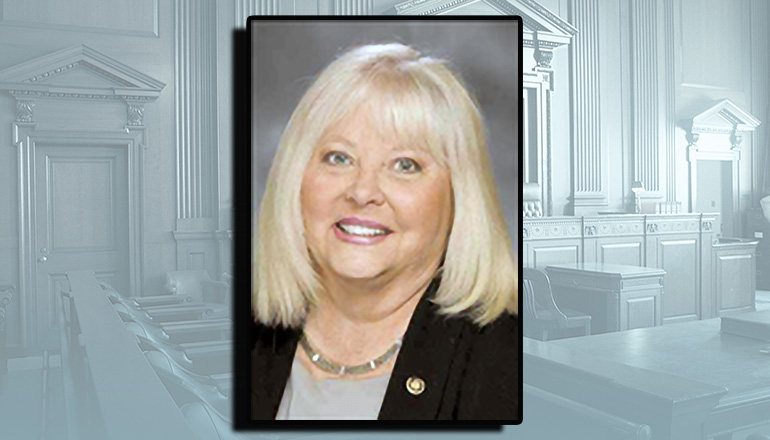 It also includes details about Derges illegally prescribing oxycodone, an opioid, and amphetamines and illegally purchasing and stocking tramadol, an opioid used for pain management, in her Ozark Valley clinics in southwestern Missouri.

The settlement was obtained by the Documenting COVID-19 project through a Sunshine Law request, as part of an ongoing collaboration with The Missouri Independent. (The full settlement agreement can be found here.)

The settlement does not address some of the other charges Derges faces, which include administering amniotic fluid, which she allegedly claimed contained stem cells, as a treatment for erectile dysfunction, Lyme disease, and urinary incontinence, among other ailments.

Despite acknowledging breaking the law, Derges’s attorney, Albert Watkins of Kodner Watkins in St. Louis, said the drug purchases and prescriptions “are not criminal,” as Derges didn’t intend to break a law she had little if any, understanding of.

Derges is still fighting the criminal charges case in U.S. District Court and she has repeatedly professed her innocence in public and on social media. A jury trial has been set for June.

“The settlement is the appropriate action, not a criminal prosecution that requires intent,” Watkins said. “[The prosecution] makes no sense, it’s wrong, it’s inappropriate and it’s an abhorrent waste of taxpayer dollars.”

Derges told investigators with the state health department that controlled substance laws were not taught in her medical school and she could not find a place in a medical residency program. Derges is a licensed assistant physician, which is a mid-level practitioner beneath a board-certified medical doctor, and she received her medical training at the Caribbean Medical University in the Netherland Antilles.

The agreement notes that Derges began “practicing with controlled substances and has been learning as she goes. The violations revealed were not intentional and were because she did not know. Once she learned of the violations, she took prompt corrective measures.”

She also did not document and log prescriptions and did not maintain receipts or transfer records, the settlement states.

Derges, who was elected to represent Christian County for a two-year term in November 2020, did not directly respond to requests for comment.

Shortly after the charges against her were announced a year ago, Derges was called on to resign by House GOP leadership, kicked out of the Republican caucus, and stripped of her committee posts. During her first legislative session, she filed 10 bills — four of which deal with medical licensing in ways that could allow her to convert her license as an assistant physician to a physician.

Refusing to resign, she has been relegated to a tiny, windowless room set aside for castoff legislators.

A spokesman for House Speaker Rob Vescovo, R-Arnold, noted that the speaker has called for Derges to resign and hasn’t changed his position on that.

Derges still has no plans to resign from her elected position, her attorney said.

The Independent’s Jason Hancock contributed to this story.