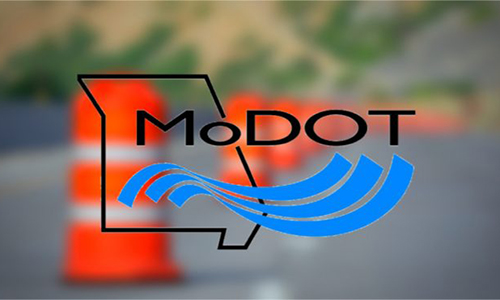 The STIP is the Missouri Department of Transportation’s list of projects that are planned by state and regional agencies. The draft STIP was released in June for public review and comment. “The STIP represents our commitment to Missourians of the projects that will be developed and delivered over the next five years,” MoDOT Director Patrick McKenna said.

The STIP builds on the Missouri Department of Transportation’s long-range transportation plan, financial forecast, asset management plan and the prioritization of project needs at the local level by planning partners.

Transportation Planning Director Machelle Watkins said the program includes 1,319 projects, which for the most part will maintain the system in the condition it is in today. On average, this STIP annually invests in 586 lane miles of interstate pavements, 1,065 miles of major route pavements, 2,754 miles of minor route pavements and 172 bridges.

Missouri has the nation’s seventh largest state highway system with 33,856 miles of roadways and 10,403 bridges but ranks 46th nationally in revenue per mile.

The STIP details an annual construction program of $900 million per year for the five-year period, up from $850 million in Fiscal Year 2018. But it is still insufficient to meet the state’s unfunded high-priority transportation needs that are estimated in MoDOT’s “Citizen’s Guide to Transportation Funding” at an additional $825 million per year.

“At current funding levels, we are able to maintain the system in the condition it is in today,” McKenna said. “But if we want to improve the system, improve safety, and deliver projects that enable economic development and create jobs, it will require additional investment.”

In January the Commission also updated the distribution method for safety funds. Some $35 million is available each year for safety funding, with $3 million dedicated to statewide initiatives. Beginning in 2021, the remaining $32 million will be distributed to MoDOT’s seven districts based on a three-year average of the number of fatalities and serious injuries on the state highway system. Currently, district safety funds are distributed based on a three-year crash average that includes fatal, injury and property-damage-only crashes. Watkins said focusing MoDOT’s efforts on areas with high fatalities and serious injuries is a key strategy for reducing the number of deaths on the Missouri transportation system. That is in keeping with “Missouri’s Blueprint – A Partnership Toward Zero Deaths” which is an ongoing strategic plan to assist in continuing efforts to reduce the number of people killed and injured as the result of motor vehicle crashes on the state’s roadways.

Fulfilling MoDOT’s commitment to transparency and accountability, the STIP includes more detailed project information for non-highway modes of transportation than in the past, and also includes a section detailing the planned operations and maintenance activities for the next two years, alongside expenditures for those same activities in the prior year. This additional information is provided to allow Missourians to more easily see how their transportation funding is invested.