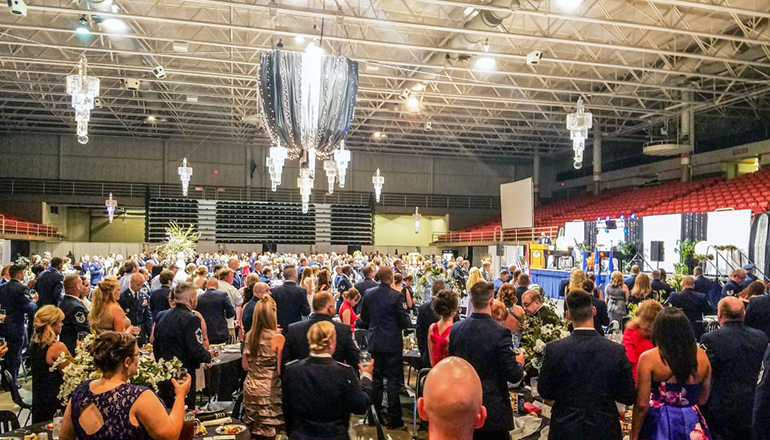 The ball is an annual celebration held in honor of the day the Air Force became a separate branch of service. It is an Air Force-wide event that allows for the remembrance of all the Air Force’s trials and triumphs throughout the years.

Nancy recognized the families of military members for all of their efforts and sacrifices that allow the Air National Guard to be strong and continue their missions.