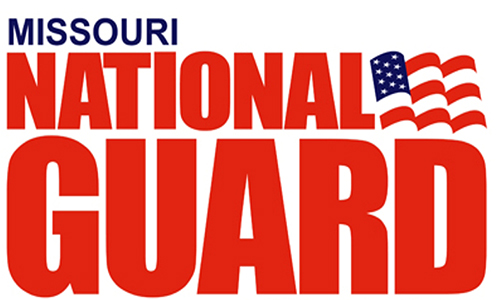 “The Women’s Mentorship Council has done an outstanding job of applying our strategic goals of empowerment, readiness and resource management to impact change not only in Missouri but across the U.S. military,” Danner said. “These officers and noncommissioned officers are identifying areas of improvement and, more importantly, working with state and national leadership to implement common-sense solutions. Their latest efforts open up more opportunities for outstanding Soldiers, and will have a positive impact on our force.”

By removing the section of the regulation preventing pregnant Soldiers from entering the Active Guard Reserve Program, units have a wider applicant pool for critical, full-time positions, and Soldiers have new avenues to future success, said Maj. Sandy Stover, president of the Women’s Mentorship Council.

“As the regulation was, it unfairly slowed down Soldiers’ careers and limited opportunities,” Stover said. “Soldiers who wanted to turn a part-time career into a full-time career faced an unfair roadblock by treating experienced Soldiers the same as a new recruit. Entering the Active Guard Reserve Program is just a change in status, not a new enlistment.”

Prior to the change, Army Regulation 135-18, which governs the Active Guard Reserve Program, listed pregnancy as a non-waivable disqualification, Stover said. In 2016, the Women’s Mentorship Council took up changing the regulation as a top priority.

“We identified several issues when we put together the council in 2016,” said Master Sgt. Shanon Johnson, vice president of the council. “We took this issue to the executive council, as we had previously with a dress uniform regulation, which was changed.”

The Council had presented the issue to state leadership, which supported elevating it for national review, Johnson said. When a fellow Soldier and council member was attending an Active Guard Reserve manager’s conference, though, an opportunity to affect change quickly.

“Sgt. 1st Class Cindy Schillers spoke up and asked if the regulation would be changed,” Johnson said. “National Guard Bureau’s policy branch was very supportive and asked for our white paper. Without them, this could not have been accomplished so quickly.”

Since the Council formally stood up in early 2016, Johnson said they have focused their efforts on revising regulations to help address issues and retain service members across all branches.

Although relatively new, the Council has already had an impact on Army regulations. Earlier this year, the Council’s discussions with Missouri’s leadership helped lead to a change to Army Regulation 670-1, giving all female Soldiers the option of wearing slacks to Army social functions, instead of having to wear skirts. The council is also working to support Soldiers who are pregnant or recently gave birth.

Johnson said State Command Sgt. Maj. Will Pierce has been working with all the sergeants major throughout the state to make sure pregnant Soldiers are receiving timely counselings from their commands on rights, benefits, and regulations. The Council has partnered with the Guard’s State Resources to increase access to lactation rooms in armories and readiness centers.

The end result of the Council’s mission is to retain high-quality female Soldiers by ensuring they have the tools and resources they need to be effective service members, Stover said. As a result, the Council is seeing increasing participation and acceptance.

“We have gained a lot more participation, especially this year,” Johnson said. “It took a while to get it going – all the members actively participate. The more we make the change and have the abilities to go out to the armories, units, and conferences, people notice the changes we’ve made and want to be a part of it.”