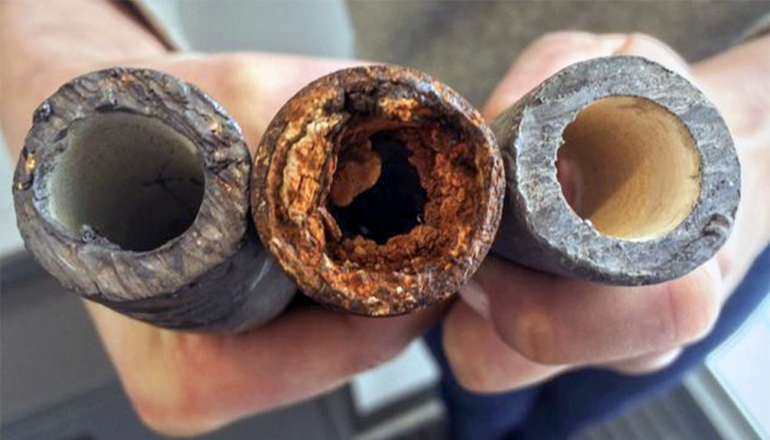 (Missouri Independent) – Efforts to eliminate lead in school drinking water got a huge boost on Friday, as Missouri Gov. Mike Parson signed off on legislation requiring testing and also gave his approval to $27 million in federal funds to help schools install filters.

The new law, which goes into effect Aug. 28, requires schools to test their drinking water and install filters if lead concentrations exceed five parts per billion. They can either install filters where the water supply enters the building or at each sink or water fountain, depending on the source of the contamination.

“This legislation has the potential to positively impact Missouri’s school children throughout the state by eliminating most lead from their drinking water,” said Sen. Jill Schupp, a Creve Coeur Democrat who championed the proposal. “Knowing the irrevocable damage lead causes, especially to children, this is a great use of our funds for the short and long term. I am proud to have been a sponsor of this effort to help promote better health.”

Across the U.S., millions of homes and schools are still served by decades-old lead water lines, which can leach the dangerous neurotoxin into drinking water under the right conditions.

Scientists agree there is no safe level of lead in humans’ blood. Elevated blood lead levels can cause lost IQ points, behavioral problems, and, in high doses, death. Young children are especially vulnerable to the toxin because their bodies absorb more of it. Later in life, it can increase the risk of cardiovascular disease mortality.

One study found that Missouri, home to the historic Lead Belt, suffers from some of the highest rates of childhood lead poisoning, though comparative data is hard to come by.

Most states, like Missouri, provide funds through federal grants that allow schools to test their water.

But with Parson’s signature, Missouri is unique among some of its Midwestern peers in requiring schools to take action.

Early versions of the bill would have required action at lead concentrations above one part per billion. That’s the maximum level recommended by the American Academy of Pediatrics because it is the lowest detectable level, although there is no known safe blood lead concentration.

But lawmakers amended the language, saying sophisticated laboratory testing required to detect such low concentrations of lead is not as widely available.

In addition to the provisions targeting lead in school drinking water, the legislation signed Friday also aims to boost students’ reading comprehension by requiring schools to start assessing students on their reading levels in kindergarten and ensuring students who are behind receiving additional support.

Another piece of the bill expands the conditions by which a student can attend a school district other than the one in which they live.

Starting in the 2023-24 school year, owners of residential or agricultural property who have paid at least $2,000 in school taxes for the previous four years in a row may send up to four of their children to a district in which the property is located. Families of transferring students would give schools 30 days’ notice of which district each child would attend.