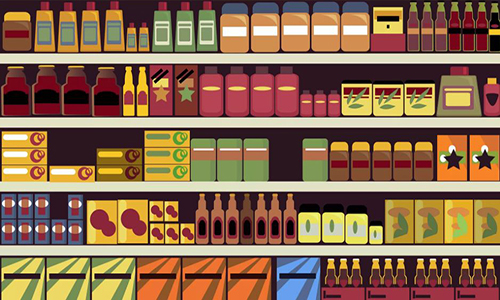 Missourians paid slightly more during the first quarter of 2018 for 16 food items according to the latest Missouri Farm Bureau Marketbasket survey.

This informal survey allows shoppers to record food prices of items that represent a cross-section of agricultural production. This year Missouri shoppers paid $49.16 compared to $48.42 in 2017, an increase of $0.74. The good news…in-state prices were $1.89 lower than the national average of $51.05.

A closer look at Missouri prices reveals that compared to the same time last year, five items were higher while eleven cost less. The major price shifts were found in the meat and dairy case.  Ground chuck, bacon, chicken breast, orange juice and eggs all had price increases this quarter.

The most notable increase was the rising cost of eggs. Egg prices often drop as the Easter holiday approaches, but not this year. The Missouri egg prices averaged $2.39 per dozen compared to $0.89 last year. According to AFBF Economist John Newton, ‘a surge in egg exports coupled with a relatively flat production led to the strong rise in retail egg prices’. A bird flu outbreak in South Korea pushed the foreign demand for U. S. eggs higher.

Growing conditions in Florida, where most of our orange juice comes from, continue to impact prices. Orange groves have been challenged by citrus greening disease followed by a devastating hurricane that hit late last year destroying trees and fruit. The most recent harvest was the smallest recorded in 70 years.  One-half gallon of orange juice jumped from $2.59 to the current price of $2.89.

The year-to-year direction of the survey tracks closely with the federal government’s Consumer Price Index, increasing slightly over time.

Farmers and ranchers work throughout the year to provide consumers with food choices that meet their nutritional needs and food preferences. Food doesn’t magically appear in the supermarket or restaurant. We need to be reminded that farms are the source of our available, abundant and affordable food supply.