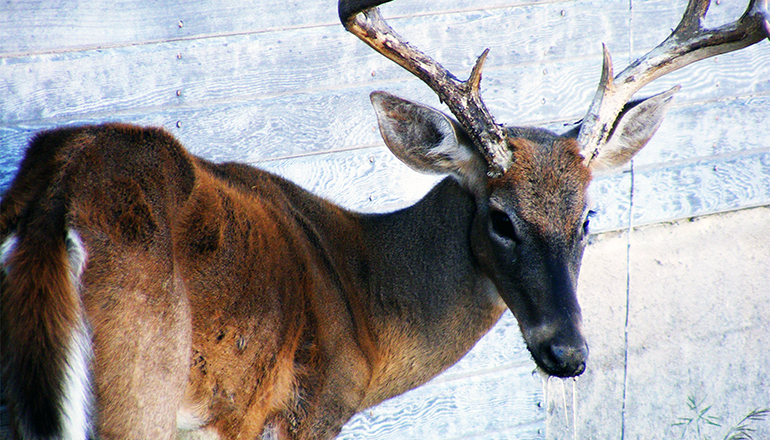 The Missouri Department of Conservation invites deer hunters, property owners, and others to a special public meeting to get information and have questions answered about chronic wasting disease (CWD).

The meeting will take place Tuesday, Oct. 16, at the MDC Northeast Regional Office, 3500 S. Baltimore St. in Kirksville. It will begin at 6:30 p.m. with a presentation by MDC staff and end at 8:30 p.m. The meeting is free, and no registration is required.

Topics covered will include general information on CWD, MDC’s efforts to monitor and manage the disease, proper deer-carcass handling and disposal to help limit the spread of the deadly deer disease, how hunters can Share the Harvest of deer harvested in areas with CWD, MDC’s voluntary CWD testing efforts statewide all deer season, MDC’s upcoming mandatory CWD sampling for certain counties the opening weekend of firearms deer season, and more.

MDC staff will also be available to answer questions and will collect public feedback regarding potential regulations to help limit the spread of CWD.

CWD is a deadly illness in white-tailed deer and other members of the deer family, called cervids. CWD kills all deer and other cervids it infects. The disease has no vaccine or cure. CWD has been found in Missouri and is slowly spreading with 75 confirmed cases in free-ranging deer found in 11 Missouri counties: Adair, Cedar, Cole, Franklin, Jefferson, Linn, Macon, Perry, Polk, St. Clair, and Ste. Genevieve.

More than 300 cases of CWD have been found in deer and elk in northwest Arkansas since early 2016. This has prompted MDC to increase CWD surveillance efforts in southwest Missouri.