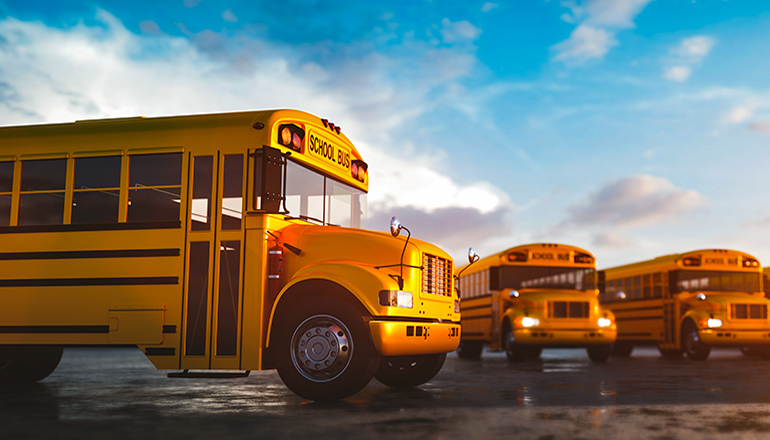 (Missouri Independent) – Missouri is continuing to see record daily coronavirus infections, near-peak COVID-19 caseloads in hospitals, and threats from Attorney General Eric Schmitt that he will sue school districts that require masks or send students home when they are infected or exposed to the virus.

Schmitt, in his statement, said the ruling applies to school districts and any decisions about masks and isolation belong with parents.

“My office is currently finalizing lawsuits against all non-compliant districts to end the forced masking of schoolchildren, which will be filed later this week,” Schmitt said. “It’s far past time that the power to make health decisions concerning children be pried from the hands of bureaucrats and put back into the hands of parents and families, and I will take school district after school district to court to achieve that goal.”

Schmitt is misreading the law, said Doug Hayter, executive director of the Missouri Association of School Administrators. Laws governing school districts give boards of education general power to set rules needed to run their districts and specific authority to keep infectious students out of school, he said.

“We still feel strongly that local school districts or governmental entities have the authority to make decisions,” Hayter said.

There is no centralized accounting for what rules are in place in the state’s more than 500 districts. Schmitt’s office did not provide a list of districts targeted by his statement, but spokesman Chris Nuelle said a complaint inbox has received more than 11,000 submissions.

“We fundamentally believe that children should be in school, where they receive the best learning experience around their peers,” Nuelle wrote in an email. “Parents – as taxpayers – deserve to have teachers on staff, teaching their children in person.”

“School administrators around the state simply want to do what is best for kids and their families and we support their ability to do so,” he said.

Throughout the state, cases continue to set daily records. The Department of Health and Senior Services reported Tuesday that its 7-day average of cases hit an all-time high of 11,265 cases per day as of Saturday.

After a two-day pause for the Martin Luther King Jr. holiday, the department reported 24,256 additional cases, with case totals rising in 101 of the state’s 118 local health department jurisdictions over the past week. All but 25 local health jurisdictions have exceeded their December infection rates.

Hospitalizations reached a pandemic peak of 3,714 inpatients on Friday. The reported number declined on Saturday to 3,507 but could be subject to holiday reporting delays.

The state health department has reported 198,859 coronavirus infections so far this month, almost 60 percent more than any previous complete month of the pandemic.

In a tweet, Monday, Kansas City Mayor Quinton Lucas wrote that the mask rule will stay in place.

“Regardless of any threats issued today, Kansas City’s school mask rule applies to school buildings in our city and we will defend it in court, if and as necessary,” Lucas wrote. “We will prevail, as we have in all COVID-related litigation throughout the pandemic.”

The Jackson County Legislature on Tuesday considered, but ultimately did not vote, on a mask mandate that would have applied to public schools, KSHB-TV reported.

Students exposed at school or another place outside the home will be given a choice of going into quarantine for five days or attending class while wearing a mask for those five days.

Many districts are also closing their doors temporarily to get cases under control.

Springfield Public Schools will close for the remainder of the week and may continue the closure into next week, the Springfield News-Leader reported.

Columbia schools will close Friday and the first two days of next week, the district told parents in an email sent Friday.

“Student and staff absences, as well as all other pressures, continue to increase,” Columbia Public Schools Superintendent Brian Yearwood wrote. “In preparation for the remainder of this variant peak, we are making adjustments to our current school year calendar to provide some relief for our schools and our staff.”

The only case filed by Schmitt challenging a school mask rule was dismissed at his request on Dec. 30. Schmitt sued Columbia schools in August and sought to make the case apply as a class action to all school districts.

Circuit Judge Brouck Jacobs denied the class action request and, after Columbia ended the mask rule, the district and Schmitt agreed to a dismissal.

The tsunami of cases tied to the omicron variant isn’t just disrupting schoolwork.

The Department of Conservation’s Jay Henges Shooting Range and Outdoor Education Center in Eureka was closed Tuesday due to COVID-19 and will reopen Thursday, the department stated in a news release. Missouri University of Science and Technology in Rolla announced two February performances of the Campus Performing Arts Series have been canceled.

There were renewed calls for mask and vaccine mandates for the University of Missouri as classes resumed Tuesday on the four campuses.

The Columbia campus chapter of the American Association of University Professors sent a letter to UM System President Mun Choi asking him to renew his request to the Board of Curators for a mask rule.

The board voted against a mask rule to open the semester at a Jan. 11 meeting.

The AAUP chapter asked the university to require vaccines and masks, to report vaccination rates for students and employees, and to provide flexibility to hold classes online.

“We have a responsibility to maintain safe, inclusive workplaces and classrooms for the entire MU community, and expect action, rather than inaction, from the Board of Curators—which shares in this responsibility,” the letter stated.

The response to the letter is the same as the response to a similar letter from the Executive Committee of the Faculty Council, campus spokesman Christian Basi said. The lack of support on the board for mask or vaccine mandates hasn’t changed, he said.

The university is encouraging everyone on campus to wear a mask while indoors and is ready to provide quarantine housing for students who live on campus if they test positive, spokesman Christian Basi said.

The response is disappointing, said Ted Koditschek, chapter president and a professor emeritus of history.

“Morale is quite low for all sorts of reasons,” he said, “and this is just one more thing that leads people to think they are not being taken seriously and their needs are being disrespected.”