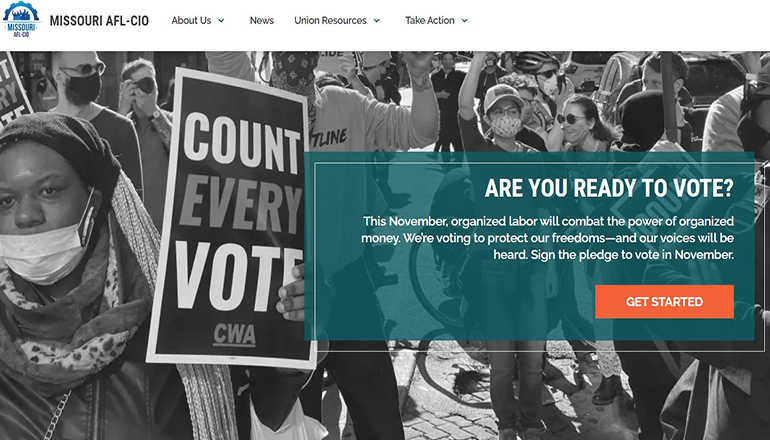 Missouri AFL-CIO president Jake Hummel on Thursday announced his organization was endorsing the proposal, which will appear on the Nov. 8 ballot as Amendment 3, calling it a “huge step forward for criminal justice reform in Missouri.”

Amendment 3 asks voters whether to amend the Missouri Constitution to remove bans on marijuana sales, consumption, and manufacturing for adults over 21 years old, with some caveats.

The amendment includes automatic expungement for certain people who have nonviolent marijuana-related offenses on their record. People who are still incarcerated would have to petition the courts to be released and have their records expunged.

It would create a regulated market where, just like for medical marijuana, the state would have the authority to cap the number of licenses it issues to grow and sell cannabis. Those with a current medical marijuana business license would be first in line to get recreational licenses.

In the current medical marijuana program, the state has issued around 200 dispensaries and 65 cultivation licenses.

The amendment would also create a “micro-licensing” program that would be granted through a lottery process. Applicants must be a resident of a ZIP code with high marijuana incarceration rates or meet other such requirements.

Its critics, however, say the proposal doesn’t go nearly far enough to address the toll of marijuana criminalization. And the loudest critics say by continuing to allow the state to cap business licenses to grow and sell marijuana, Amendment 3 props up a marijuana monopoly that has created the appearance of corruption and shut out potential applicants from Black and Brown communities.

Recent polling on the issue has been all over the place, with three surveys last month ranging from Amendment 3 winning overwhelmingly to losing close.

“We are honored that Missouri’s most influential labor organization is supporting this grassroots effort to legalize marijuana,” John Payne, Legal Missouri 2022’s campaign manager, said in a statement, “while being the first state in the country to automatically expunge past, nonviolent cannabis offenses by a vote of the people.”