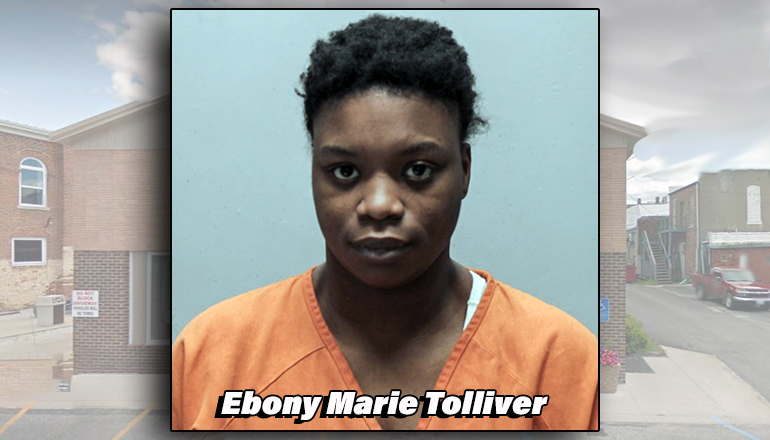 Milan Police say a woman was arrested for her alleged involvement in a reported assault on Friday afternoon at a convenience store in Milan.

Chief of Police Gail Hayes said Ebony Marie Tolliver of Milan was a customer at the 7th Heaven Convenience Store when a dispute occurred with a cashier. Tolliver was attempting to purchase some items when her payment was declined. During the dispute, Tolliver was accused of throwing a full can of Monster Energy Drink at the cashier. The victim was struck on the hand. Tolliver was subsequently arrested by Milan police officers who responded to the store.

Ebony Marie Tolliver has been charged with a felony, third-degree assault with bond set at $2,500 cash. She was held at the Daviess-DeKalb Regional Jail pending an appearance to be scheduled in the Sullivan County Circuit Court.