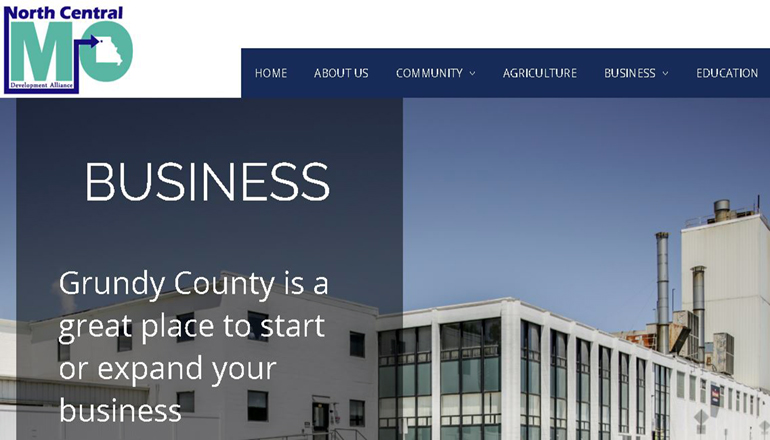 In her report to the Trenton City Council, Micah Landes reviewed economic development accomplishments during the past year.

As director of the North Central Missouri Development Alliance, Mrs. Landes said 91 business contacts were made since she began duties in the fall of 2017. This includes seven new business, four businesses retained; and she’s worked with 11 potential businesses. Contacts also involved service, government, schools, industry, retail, among others. She also was involved on the local level with efforts by Nestle to purchase ConAgra at Trenton.

Monthly economic development meetings are being held including officials from the city of Trenton, TMU, and Grundy County which are among the financial stakeholders of the North Central Missouri Development Alliance. Mayor Nick McHargue praised the cooperative efforts of the entities in pursuing business and economic development.

Mrs. Landes spoke with the city council about a potential business interested in renting the city-owned building at the airport. The previous tenant, Green Hills Animal Nutrition, was evicted by the city due to unpaid rent and left equipment inside. That equipment now belongs to the city. Mrs. Landes requested city officials allow local persons to have the first chance in purchasing the equipment before it’s sold elsewhere.

Mrs. Landes also briefly discussed efforts to find a tenant to replace ShopKo in Trenton as well as a temporary location for Grundy county’s license fee office and Trenton Chamber of Commerce.  Landes also stated a lot of good things are going on in Trenton, and she encouraged city officials and community members to emphasize the positive aspects of Trenton and Grundy County.

The North Central Missouri Development Alliance has an office in the Plaza apartments building in downtown Trenton. The organization is described as a public-private partnership approach to economic development. The newly-designed website is www.ncmdevelopment.org.