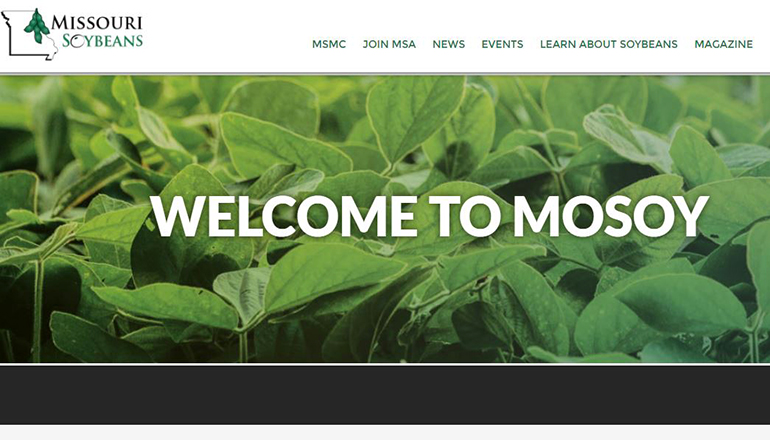 This week Missouri Soybeans hosted the Missouri Soybean Association board in Jefferson City, MO for their annual meeting. During the meeting, the Association unanimously selected several farmer-leaders to step up in leadership positions to serve Missouri’s soybean growers.

To lead MSA, Matt Wright was voted to serve as the president for 2022. Wright is a soybean grower from Emden representing District 3 on the board. Wright has been a board member for more than 10 years, serving in various other leadership roles including vice-president. This is his first term serving as the Association’s president.

“I am honored and humbled to serve as the new president for the Missouri Soybean Association. As the advocacy arm of Missouri Soybeans, I am proud of the strong grassroots support we have developed and continue to grow each year,” said Wright. “Our impact, as we work together as farmers and agricultural advocates, will create a strong future for soy in our state.”
Renee Fordyce, a farmer and rural health professional from Bethany, was elected as the Association’s vice-president. Renee represents District 1 and previously served as the MSA secretary.
Also moving up in leadership is Peter Rost, Jr. from District 7. Rost is a farmer from New Madrid and was previously seated as MSA treasurer. Joining the executive committee as treasurer is Cody Brock, representing District 2 from Norborne.
In addition to the newly established executive committee, 12 farmer-leaders remain on the board:
“This board is pivotal in advancing not only the soybean industry, but our nation’s agricultural sector today and in the future,” said Gary Wheeler, Missouri Soybeans CEO/executive director. “I admire the Board’s leadership, hard work and dedication to the association and look forward to working with these leaders to advance our mission at the state and federal level.”
Post Views: 0